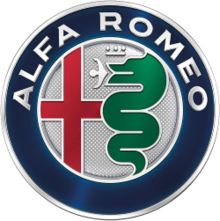 In my second The Factory feature I will take a look at Alfa Romeo. I can feel the confusion from you the reader now at the fact that this feature is supposed to concentrate on current constructors in the world of racing. Alfa Romeo aren’t racing next year! Some cry – I wouldn’t be so sure about that. Read on…..

It was in 1911 when Alfa Romeo first began to race competitively, the Targa Florio. Two years later they would finish second in the Parm-Paggio Berceto race with Nino Franchini.

During the 1920s and 1930s Alfa Romeo received success, Giuseppe Campari would win at Mugello in 1920 with Enzo Ferrari finishing second in the Targa Florio that year also. There was another Mugello win the following year with Campari at the wheel and in 1923 Ugo Sivocci won the Targa Florio.

Alfa Romeo wanted to press forward, they knew that they had to keep developing and improving to make their mark in the racing world and so in 1923 Vittorio Jano moved from Fiat to the factory to design their Grand Prix racing cars.

In 1925 they would win their first world title, the first AIACR World Manufacturers’ Championship with wins at the European Grand Prix at Spa and the Italian Grand Prix at Monza.

The factory continued to be competitive moving into the 1930’s, in 1932 Tazio Nuvolari and Rudolf Caracciola won five Grand Prix’s between them, but it was in 1933 that Alfa Romeo would recall all its racing cars, close the factory doors and transferred all their assets, with the insistence of the Italian government, to Enzo Ferrari who was now running a privatised factory team called Scuderia Ferrari.

With the cars moved to Ferrari Louis Chiron went on to win the French Grand Prix in 1934 and the Alfa car won 18 or 35 races in Europe. The Silver Arrows were beginning to outclass Alfa Romeo but Nuvolari did hit back by beating the Germans in the own backyard at the Nurburgring in 1935.

Alfa Romeo commanded the Targa Florio, winning six times in a row during the 1930s and also taking the Mille Miglia, with the exception of 1931, every year from 1928 to 1938.

They developed their sportscar programme in 1963, taking class wins in races and developed a new 90 degree V8 engine, designed by Carlo Chiti and this was to compete with the dominant Porsche team. They raced in the World Sportscar Championship from 1967 to 1977 taking two world titles (1975 and 1977).

As a Formula One constructor and engine supplier Alfa Romeo took two Drivers’ Championships (1950 and 1951) and would compete in F1 from 1950 until 1988. As a constructor Alfa Romeo pulled out of Formula One at the end of 1951, after their second title, but would supply F1 teams during the 1960s, with their V8 engine run by McLaren and March during the 1970s. Brabham took Alfa Romeo engines from 1976 until 1979 and they also supplied Osella from 1983 until 1988.

They did re-enter Formula One as a constructor themselves from 1979 until 1985 and in 1987 had struck a deal to supply Ligier until Fiat took over Alfa Romeo and that contract fell through.

The factory has had major success in Formula Three, Michele Alboreto for example won the European F3 title in a March-Alfa Romeo and from 1980 to 1984 they won four consecutive Italian F3 titles.

In 1989 Alfa Romeo entered IndyCar, the engine developed using the unraced Ferrari 637 indy car. They recorded no podiums, no poles and no race wins, eventually pulling out of IndyCar in 1991.

They skirted with rally, the Giulietta won the 1958 1000 Lakes Rally, they also went on to secure victories in the Elba and Costa Brava rallies in 1975 winning the Group 2 category in the WRC Tour de Corse. They produced the GTV6, one of the fastest Group A rally cars, but this was reclassified as a Group B by the FIA at the end of the 1986 and was less competitive.

It was in Touring Cars where Alfa Romeo found most of their success, taking numerous ETCC titles, Trans-Am Championships, BTCC, DTM and winning the Bathurst 12 Hour.

Now part of the Fiat group, there has been much talk over the last few years of an Alfa Romeo return to Formula One, but nothing concrete and no deal with the FIA was forged to see the marque return.

Alfa Romeo are now again competing in the new TCR Series where the Giulietta has taken race wins during the 2017 season.

It is, however, returning to touring cars for 2018, be it through a dealer team entry. An Alfa Romeo Giulietta will once again be on the British Touring Car grid next season with Handy Motorsport. The front-wheel drive Giulietta will be fitted with a BTCC TOCA engine in its first season, but a bespoke unit could be developed in the future. The last time Alfa Romeo appeared on the grid in BTCC was 2007. It is not a full factory entry but Alfa Romeo’s 62 strong dealership network in the UK have been encouraged to support the project.

So we have an Alfa Romeo, semi-factory, car back on the grid for next season. It is hoped that this is just the beginning of a return to racing for this historic marque.

Alfa Romeo has won the following major victories and championships:

In my first feature of “The Factory” I will take a look at the manufacturers in motor racing and have a look at where they are potentially heading. In this first segment I take a look at Renault.

As an entity, Renault Sport Racing was officially established in 1976 after the merger between Alpine and Gordini.

They have a long history involved in different areas of motorsport, in WRC they won the Constructors title as Alpine-Renault in 1973 and had relative success with their R5 Turbo and the R17 Gordini, until they departed from international rallying in 1994 , though supplied cars in the European Rally Championship which won three times in 1999, 2004 and 2005.

They have competed in and run their own events in Hillclimbing, Off-Roading, Formula 2, Formula 3, Formula Renault, Touring Cars (who could forget the Laguna dominance of Alain Menu in 1997) and Sportscars where they won the 24 Hours of Le Mans in 1978 with Didier Pironi and Jean-Pierre Jaussaud bringing home the Renault Alpine A442B, ahead of the dominant Porsche’s of the time.

Those competition entries aside it is Formula One and more recently Formula E where Renault have concentrated, be it they are now transitioning away from the latter for next season.

Renault have been associated with Formula One as both a constructor and engine supplier since 1977, having secured two constructors’ championships in 2005 and 2006. They entered F1 as Equipe Renault Elf from 1977 to 1985 as a constructor. As an engine supplier they worked with teams such as Lotus (in various guises and names), Ligier, Tyrrell, Williams, Benetton, Red Bull, Caterham and Toro Rosso. It has recently been announced that they will now supply McLaren for the first time.

This brings us nicely up to date with their involvement in Formula E, their return to Formula One and what does the future hold for the French manufacturer.

Renault have won all three team titles since the inception of Formula E, the first two drivers championships were won with Renault engines and the dominance of the team in this new era of motor racing seemed set to carry on for some time to come. Then came the announcement that as a ‘constructor’ Renault would be leaving Formula E to make way for Nissan, who are part of the same motorsport group with Renault owning around 45% of Nissan. It is e.dams who own the Formula E entry and so Renault would transition over to Nissan for 2018.

A very good question, when you are a front runner in your series. The very simple answer which stares back is – Formula One.

In this era of hybrid technology and electric cars the script was written and the stage was set for Renault to coin a Star Trek quote, ‘boldly go where…..’ and send motorsport into a new time with a new series. Formula One is to take a back seat now, said some, it won’t be at the forefront of their plans, said others. Renault is saying something completely different.

That is the thing with Renault, they take chances, they take risks and they don’t mind the competition. Renault does what Renault wants to do and I for one applaud that adventurous bravery.

It would be easy for Renault to come back into Formula One, as they did in 2016, bumble along and put their brand name out there. They have made some brave decisions which they are not afraid to stand by. What is brave about it? I here you ask.

Renault having supplied competitors Red Bull and Toro Rosso will now supply McLaren, yes not the force in recent years which it had been but a sleeping giant ready to wake up and claim back some pride and honour. For Renault to let a team like McLaren, who could potentially be better than them and also have Red Bull scampering off into the distance and challenging for titles, that is brave.

Would another engine supplier, for instance, Mercedes or Ferrari, be extremely happy with say Force India, Williams or Haas beating them or even challenging them during the course of the season? Of course they wouldn’t, the technology shared would be pulled back. Renault has intimated that with McLaren this won’t be the case.

McLaren have also said that they are interested in a return to sportscar racing, which seeing the length of deal they have signed with Renault and the potential that they could have a better power unit than recently used to could be a possibility that a McLaren with a Renault engine could once again roar at the big sportscar races.

The decision for Renault to move away from Formula E to concentrate and put its resources into Formula One shows in which direction this factory is heading. To supply engines to competitors, not afraid if they are beaten or challenged shows the bravery of this factory.

Now that is a very good question.

Renault is truly back. Renault isn’t afraid. Renault could possibly, without realising it just yet, change the face of Formula One over the next few years.

Or maybe they do realise it and this is all just a cunning plan.

Just remember, Mercedes returned to Formula One in 2010 and it took them four years to win a Constructors’ Championship. Renault could be on the verge of something similar.