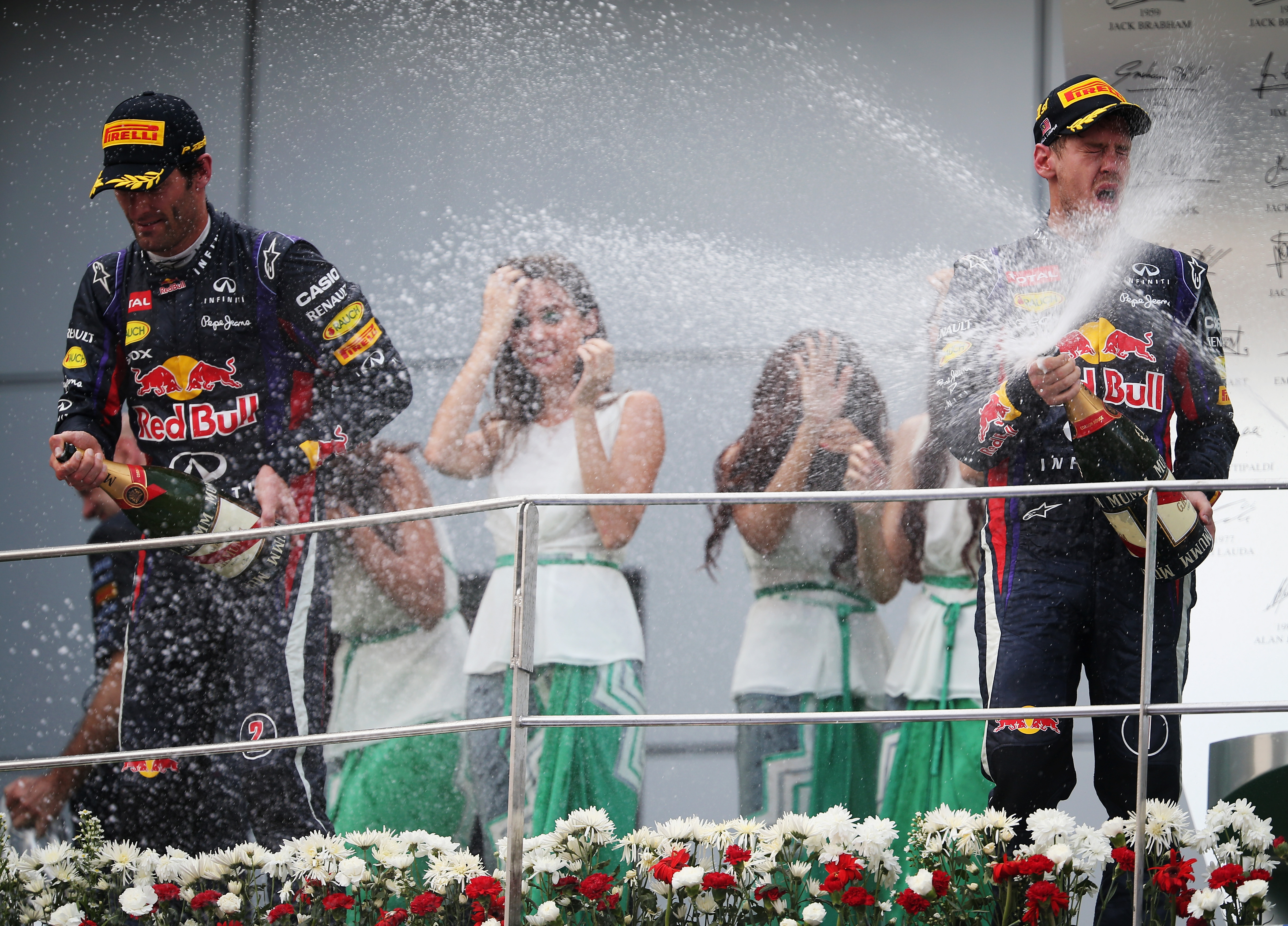 Team orders are a topic that often divides fans of Formula One. They are a critical, but at times, unwelcome part of motorsport. Throughout the years, the conflict of whether team orders should be implemented to manipulate results has come to the forefront on a number of occasions.

Arguably, the most famous case of team orders was in 2002 when Ferrari’s Rubens Barrichello gifted the race win to his teammate Michael Schumacher in Austria. It was a decision that caused outcry throughout the paddock and the racing world. Schumacher was dominating proceedings and his closest competitor was 21 points behind, making Ferrari’s decision seem a pointless one. After the 2002 season ended, the FIA announced that orders that influenced a race result would be banned.

In 2010, despite the ban still been in place, Ferrari once more showed their blatant disregard for the rules at the German Grand Prix. “Fernando is faster than you.” uttered by Felipe Massa’s race engineer, Rob Smedley, is now a phrase that has found it’s place in Formula One history. Massa proceeded to allow his teammate and title contender Fernando Alonso through to clinch the win. However, after the race, Ferrari were reprimanded with a $100,000 fine. It was shortly after this incident that the ban on team orders were lifted.

The relaxation of the ban brought about a situation that would be discussed several years later, that would be ingrained into the history of Formula One. The year was 2013. The previous three seasons had been dominated by a new force. Red Bull had claimed the crown of the constructor’s championship and the driver’s championship for the third consecutive time and this season, the aim was no different. They wanted to continue to build on the success they had forged with the dynamic partnership of three time world champion Sebastian Vettel and Mark Webber.

Things however, were not rosy within Red Bull. Over the past three years, it was clear that Red Bull seemed to favour Vettel, leading to quips from Webber such as “Not bad for a number two driver.” at the 2010 British Grand Prix. However, Webber continued to perform admirably, often securing podium finishes to cement Red Bull’s standing at the top of the driver’s championship.

The opening race of the 2013 season had not gone to plan for the Austrian based team. Their lead driver Sebastian Vettel had taken pole but thanks to a mistimed pit stop, had to settle for third behind Räikkönen and Alonso. Webber had less luck, struggling with a ECU problem which dropped him to a lowly sixth position. It was not the start that Red Bull had envisioned.

Things had to change in Malaysia. They did, but not in the way they had hoped. Vettel claimed a dominant pole but gambled with dry weather tyres early in the race, falling back several positions on the still-wet track. Webber on the other hand, took over the lead of the race and held the position until the last set of pit stops as Vettel carved his way back through the field. However, as lap 44 began and Webber emerged ahead of Vettel in his final pit stop, the delicate harmony that had existed between the two Red Bull teammates would once more be shattered.

Red Bull had opted to retain their current 1-2 status. They did not want a repeat of the events that unfolded at the 2010 Turkish Grand Prix. The situation had been identical. Webber had fended off a chasing Vettel until fuel saving had left him open to attack. Vettel had dived down the inside but the two teammates collided, sending Vettel spinning into the gravel and out of the race. Webber recovered to take third place. Both drivers blamed the other for the crash. Red Bull team advisor Helmut Marko and team principal Christian Horner were livid and for good reason, their driver’s actions had thrown away the perfect team result.

“Multi map 2-1, multi map 2-1.” was the order given to Vettel in Malaysia as he chased down his teammate, hungry for his first win of the season. Red Bull wanted to preserve their driver’s current positions. However, the three time world champion chose to ignore the order, continuing to press Webber.

Horner chose to intervene at that moment, seeing Vettel on the gearbox of the sister car. He told Vettel to give Webber space and to hold position. But that order was also ignored by Vettel who pressed forward, pulling alongside Webber. Webber fought back, but it was to no avail. Vettel got ahead of the Australian at turn four, going on to claim another victory and the top spot of the driver’s championship. Webber finished second, but he was furious that Vettel had ignored direct team orders.

Tempers flared in the cool-down room as Webber uttered the infamous words “Yeah, Multi 21, Seb. Multi 21.” reinforcing the team orders that Vettel had disregarded. His anger continued into the press conference as he confirmed that Vettel had made his own decisions but he would probably be afforded protection as the main driver at the Austrian outfit.

Although Vettel apologised at the end of the race, his teammate’s remarks made him withdraw his apology ahead of the next race in China. He claimed that he had not understood the instruction he was given and that Webber did not deserve to win, pointing to the 2012 Brazilian Grand Prix as evidence. Vettel had fought back from last to sixth, only for his progress to be hindered by his teammate. Thankfully, for the championship leader, fellow German Michael Schumacher allowed him to pass, clinching the title by a mere three points.

It wasn’t until 2015 when Webber was finally able to release his book Aussie Grit that further details on the incident were released. Vettel had sent lawyer’s documents to Red Bull, preventing them from reprimanding him further. By this point, however, the dust had settled on the events and they were a distant memory.

Despite this, the Multi 21 situation changed everything. It is still discussed within fans of motorsport, even today. The team were left embarrassed by Vettel’s comments, the gulf between their two drivers was plain to see. The decision to allow team orders in the sport was once again questioned as fans feared that it diluted the excitement of watching drivers duel without any influence. Despite this animosity, Vettel still claimed his fourth consecutive title in dominating fashion that season. However, it came at the cost of losing Webber. In June 2013, the Australian called time on his eleven year Formula One career, declaring that he was moving on to drive for Porsche on their new LMP1 sportscar programme.

Webber has never stated that the Multi 21 situation alone was reason for him to choose to walk away from the successful team. It seems, rather, to be one of a number of catalysts that forced his decision. He no longer wanted to sit back and watch his teammate get the preferential treatment. It turned out to be a decision worth making as Webber would go on to claim the 2015 WEC championship with teammates Timo Bernhard and Brendon Hartley.

Rivalries between teammates have become part of what makes Formula One great. Two men fighting side by side in the same machinery.  Prost and Senna. Mansell and Piquet. Alonso and Hamilton. Hamilton and Rosberg. These names are forever ingrained in the history of the sport together, as fierce competitors in intense battles. Vettel and Webber are no exception to this. Multi 21 however, exposed the ugly side of being teammates, of favouring one driver over the other blatantly played out in the public eye. Team orders have always been a part of motorsport. They always will be as teams push to claim the result that suits them best. Multi 21 was not the first time team orders were issued and ignored, nor will it be the last. It will still remain as one of the great controversies of the sport for years to come, cementing both Sebastian Vettel and Mark Webber as fierce competitors during their time together at Red Bull.