The race began in mixed-up fashion, with Techeetah’s Andre Lotterer starting well from second to threaten maiden polesitter Mitch Evans off the line. But although Evans managed to defend from Lotterer and drop him back into pressure from third-placed Bird, the Jaguar driver was unable to pull clear of the cars behind as he struggled with rising battery temperatures.

This brought di Grassi right onto the back of the podium pack, once the Audi driver dispatched with Jérôme d’Ambrosio for fourth place. By lap 13 di Grassi had passed Bird at the hairpin—taking advantage of the Briton’s battle with Lotterer ahead to close in on the pair—and three laps later did what Bird was unable to and took second from Lotterer.

With Evans’ battery issues continuing out in front, di Grassi was quickly onto the gearbox of the Jaguar—and on lap 18 the outgoing champion made his move on the run to Turn 1, and breezed past into first place.

Once in the lead di Grassi continued to build a gap to those behind him, and at the end of lap 39 crossed the finish line 7.5s ahead to take his first and Audi’s third win of the 2017–18 season.

Coming into the weekend with a mathematical chance of clinching the title, Vergne qualified near the back of the grid in 17th while his only remaining rival Bird was set to start from the second row.

Vergne made good progress in the early stages and before the halfway stage had already got his Techeetah up into the lower points. But on lap 17 Vergne came together with Felix Rosenqvist while taking eighth, sending the Mahindra driver into the wall at Turn 1 and triggering a full course yellow to remove the debris.

This proved to be the defining moment of the race, as shortly after the halfway pitstops it was announced that Vergne—along with Lotterer, Evans and Sébastien Buemi—had been given a drive-through penalty for speeding under the full course yellow.

These penalties drastically altered the order. With fewer than ten laps remaining, Lotterer, Evans and Buemi dropped from second, third and fourth respectively, while Vergne was once more put outside the points after his trip through the pitlane.

Worse still for Vergne, the penalties for those in front meant that Bird was elevated to second place, where the DS Virgin driver finished to add another 18 points to his championship challenge.

D’Ambrosio completed the podium in third, his and Dragon’s first podium since the 2016 London ePrix, while Lotterer held on for fourth.

Buemi recovered from his penalty to take fifth, one place higher than he started, after using his FanBoost to pass Evans in the closing stages—Evans lost a further place to Nick Heidfeld before the end, and finished behind the German in seventh. António Félix da Costa and Oliver Turvey were promoted into the lower points by the penalties ahead and a retirement for Nico Prost, and finished eighth and ninth respectively.

Meanwhile, Vergne fought his way back into tenth place to take the final point of the day. The Frenchman had been set to add another point with the fastest lap, until his Techeetah teammate Lotterer take that honour away in the final stages.

Vergne’s low finish and Bird’s podium mean the gap at the top of the standings is now down from 40 to 23 points with only the double header in New York—which Bird dominated last season—left to go. 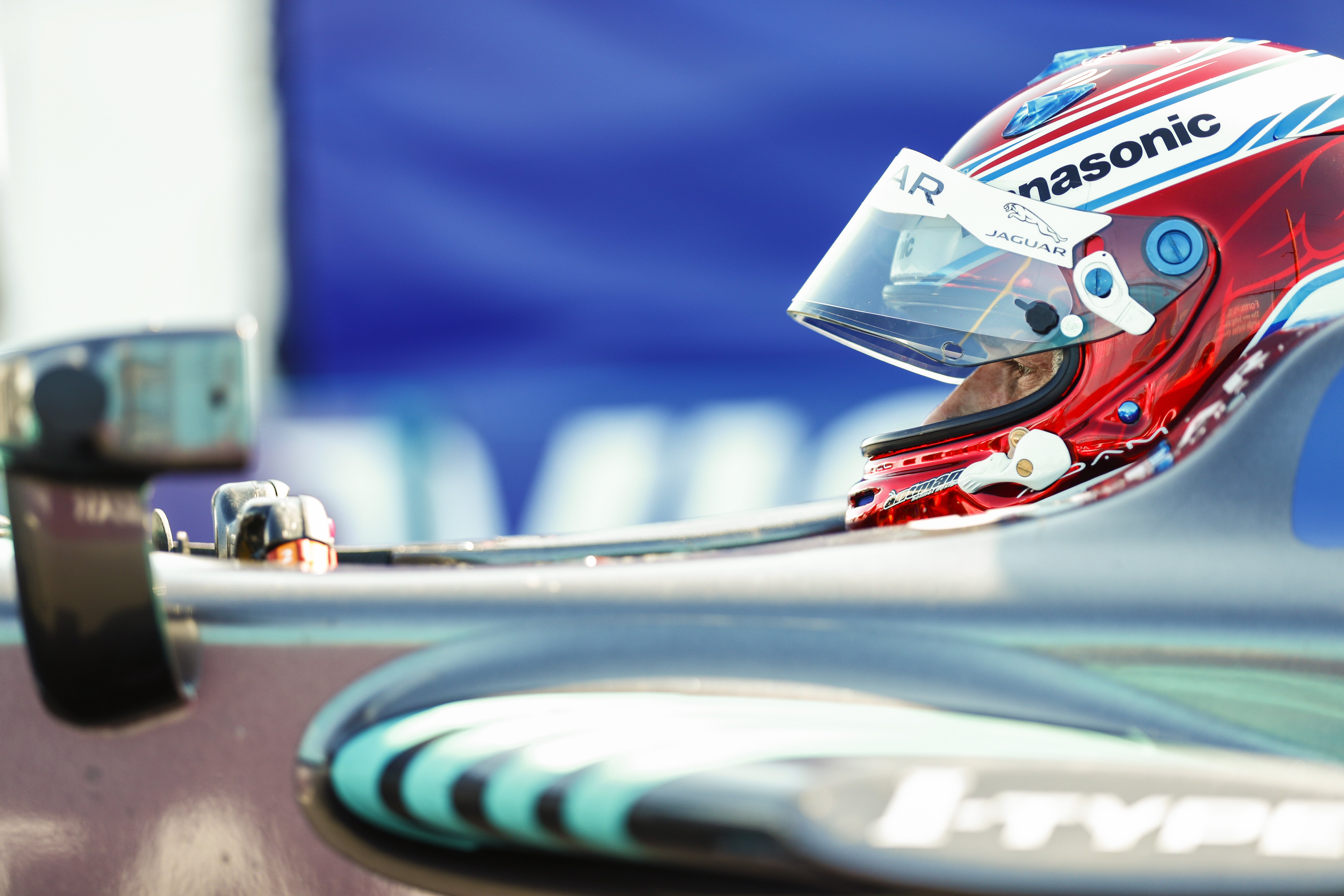