X44 topped qualifying for the fifth race weekend in a row. Lewis Hamilton’s team have completed a cleansweep of qualifying in Extreme E’s inaugural season.

Qualifying this weekend would look a little different to previous rounds as the short circuit saw the first drivers in the cars complete two laps, rather than just the one. Race Control also ruled that every team had to field their male driver first in this session. This of course meant all of the female drivers went out first in Q2.

ABT Cupra’s Matthias Ekstrom got qualifying underway as he put in two quick laps to set the early pace. After teammate Jutta Kleinschmidt finished off the run, the ABT Cupra had set an early benchmark time of 9:24.113.

Debutant Lance Woolridge was next to take to the track, with the South African hoping to make a good impression on his Veloce team. They set a good time, just 6 seconds off ABT Cupra.

Oliver Bennett for Xite Energy followed. After a steady first lap, he knocked over a waypoint marker on his second lap and the team subsequently received a 10 second time penalty.

The Hansen brothers, Kevin with JBXE and Timmy for Andretti United, were next, where they and their respective teammates (Mikaela Ahlin-Kottulinsky and Katie Munnings) set decent laps to put their teams in the mix.

Championship leaders RXR looked to strengthen their claim on the title as they took to the track. Johan Kristofferson set a solid base for teammate Molly Taylor, who flew round the track to put the team provisionally quickest.

The challengers, X44, were supposed to follow, however repairs to their car meant Acciona Sainz were next to take to the track. Both drivers pushed very hard and the Acciona Sainz team were less than a second slower than RXR.

After fixing their car, and once Chip Ganassi had had their run, X44 finally went out to complete their laps. Sebastian Loeb got the protagonists off to a flying start and as teammate Christina Gutierrez ended the run they went quickest in the session, taking maximum classification points ahead of Q2.

As with Qualifying 1, ABT Cupra got the final qualifying session of the season under way as Jutta Kleinschmidt took the wheel. After getting off to a good start, she took a wrong turn and the German team subsequently received a time penalty for missing a waypoint. Despite this, the team were able to set a relatively competitive benchmark time of 9:29.366.

Veloce and Xite Energy followed as they both looked to improve on their Q1 result. Veloce seemed to manage just that, going provisionally fastest, whereas Xite Energy were only able to slip into 3rd.

Next was the turn of JBXE’s Mikaela Ahlin-Kottulinsky, who put in two strong laps which saw her and teammate Kevin Hansen replace Veloce at the top the times.

Katie Munnings for Andretti United followed JBXE. The Brit put in two strong laps and handed over to Timmy Hansen with the team still in the mix. However, disaster struck as Hansen crashed the car into a tree. Both car and driver were okay to continue as Andretti United completed their run 19 seconds behind JBXE’s benchmark time.

The two teams left in the championship battle went next as both tried to get the edge over the other. Molly Taylor had a steady run for RXR before Johan Kristofferson put his foot to the floor to take the fastest time in the Continental Traction Challenge. Gutierrez and Loeb for X44 were quicker over the course of the run, however, and they went provisionally fastest.

Acciona Sainz and Chip Ganassi rounded out the final qualifying session of the season. Acciona Sainz had a good run, which saw them finish third in Q2. More bad luck came Chip Ganassi’s way as there was an issue with the steering during Leduc’s lap. They propped up the Q2 classification.

With the teams receiving championship points based on their overall qualifying classification, X44 closed the gap to RXR by a point. JBXE also leap-frogged Andretti United into 3rd place.

Going into the semi finals tomorrow, X44 will face off against JBXE and Veloce, whilst RXR will race Acciona Sainz and ABT Cupra for a place in the final. Andretti United, Xite Energy, and Chip Ganassi will compete for the last spot in the final in the crazy race. Tomorrow is very finely poised. 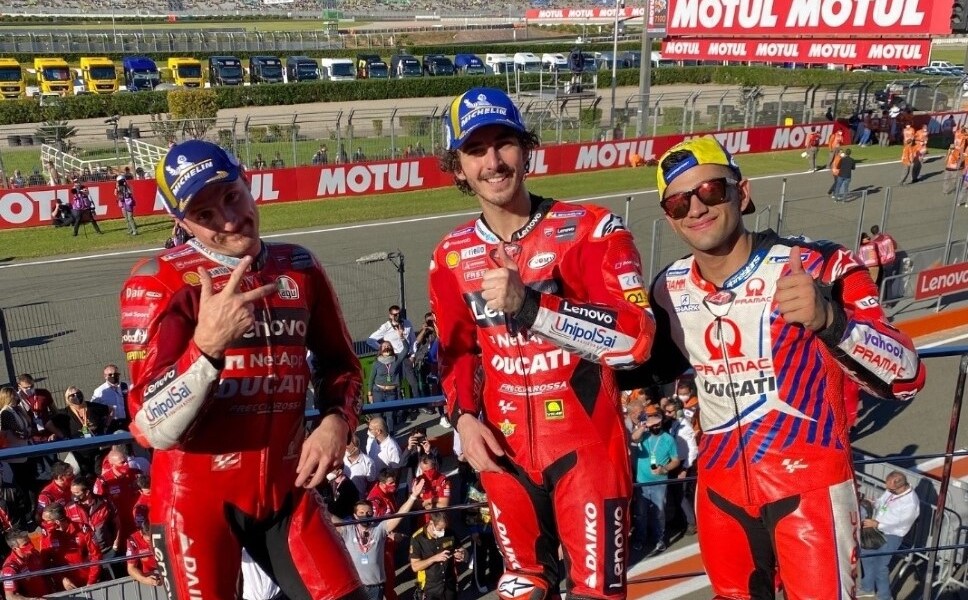