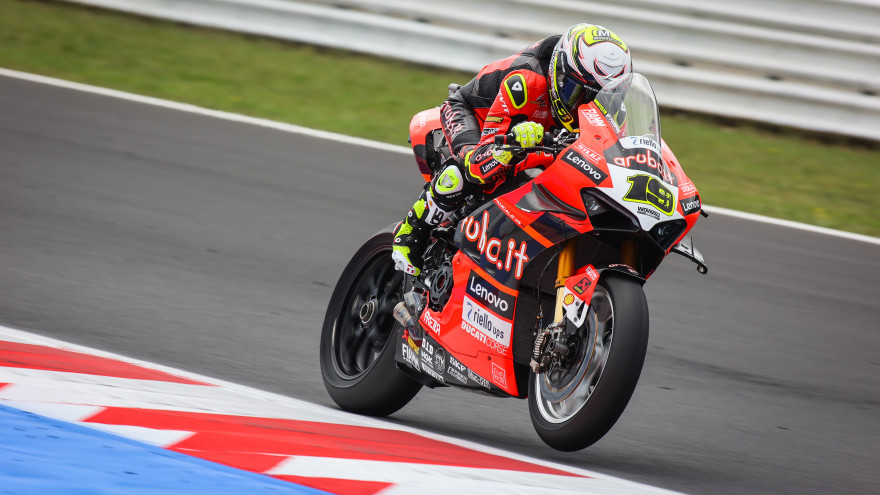 Conditions were extremely hot for the Italian round, with track temperatures reaching 44 degrees Celsius. Tyre management would surely be a major factor, especially towards the end of the 21 lap race. Bautista (Aruba.it Ducati) secured pole with an unbeaten lap of 1:33.328, followed by Razgatlioglu (Pata Yamaha), and Rea (KRT Kawasaki), in 2nd, and 3rd respectively.

Lights went out for the 21 lap race, and it was Toprak with the hole shot into turn 1, followed by Bautista, and Rea, who were both looking aggressive in the early stages, no doubt wanting to take an early lead.

With 19 laps remaining, Rea, who was looking quick, made a move on Toprak cutting up the inside of the Turkish rider, and moved into the lead. A group of 7 riders had now moved clear from the rest of the field. Ponsson crashed into turn 4, and his race was over.

Next lap, and Toprak now found himself in 3rd, after Bautista was next to pass him. It was now Rea leading, followed by Bautista in 2nd, and Toprak in 3rd. Rea held a gap of 0.4s to Bautista, and looked keen to get away. Meanwhile further back it was Lowes 8th, Gerloff 9th, Lecuona 10th, and Redding (BMW Motorrad) 11th.

With 16 laps to go, Bautista set a new fastest lap of 1:34.3, and was closing in a Rea. Toprak appeared to still be shedding time, and was unable to match the pace of the two upfront. Meanwhile Bassani was having a great ride and was up to 4th, having only qualified in 10th.

With 13 laps remaining of the 21 lap race, the trio up front had now pulled out a gap of 2s to Bassani in 4th. Razgatlioglu had pulled back a bit of time, and was riding hard to stay with Rea, and Bautista. Meanwhile Lowes moved past Vierge to take 7th.

With 10 laps to go, the gap between Bautista, and Toprak was now 0.7s. Meanwhile Rinaldi found some extra pace, after a disappointing start, and was battling Bassani for 4th. Bautista was actively searching for a pass on Rea, and tried into turn 8, but Rea was able to respond out accelerating the Ducati. A few corners later and Bautista took the lead. This time Rea was unable to  respond, and the Ducati powers around the outside of the Kawasaki, and into the lead.

With 7 laps remaining, there was late drama as the reigning champion, Toprak Razgatlioglu, has a mechanical issue and his Yamaha coasts to a stop against the tyre barrier. He cut a dejected figure as his race was over. The win would surely be fought out between Rea and Baustista.

On the next lap, Bautista put the hammer down, trying to break Rea who was still able to maintain the current pace. The gap was now 0.3s between them. Rinaldi found himself in podium contention in 3rd.

With 5 laps to go, Rea had lost contact with Bautista, and the gap was now up to 1.5s. The Spaniard was showing great late race pace on the Ducati, and set a new fastest lap of 1:34.3. Meanwhile, further back, Lowes was up to 5th, Gerloff 8th, and Redding in 10th.

With 3 laps to go, Rea was completely out of contention, possibly suffering from tyre wear issues, and the gap to Bautista was now 3.4s. The Spaniard however, was still able to find extra pace, and set a new fastest race lap of 1:34.221. 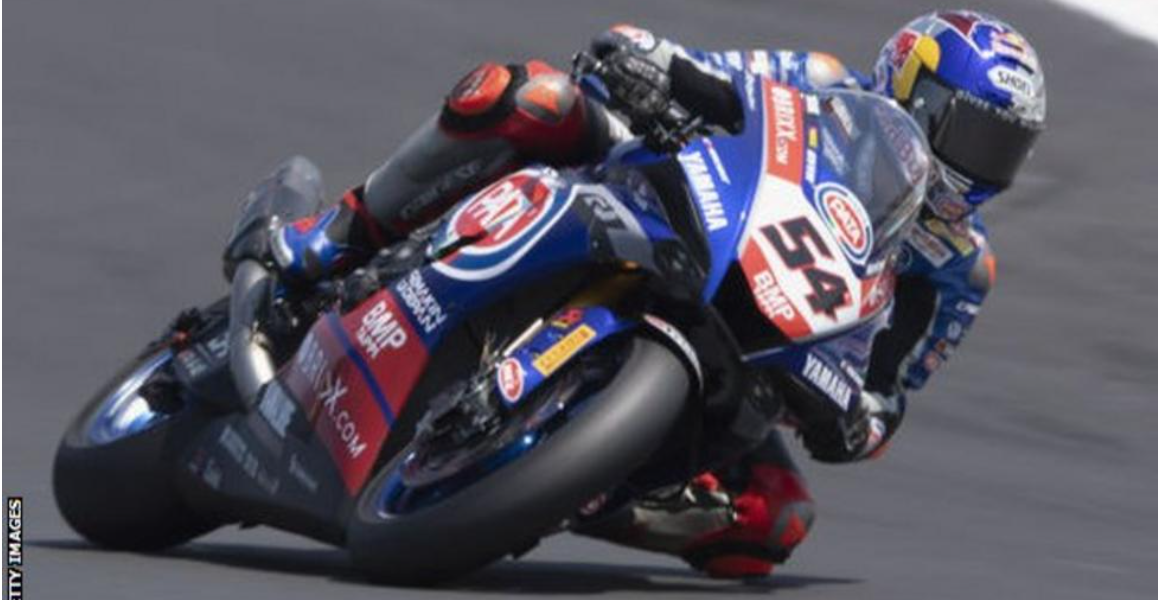