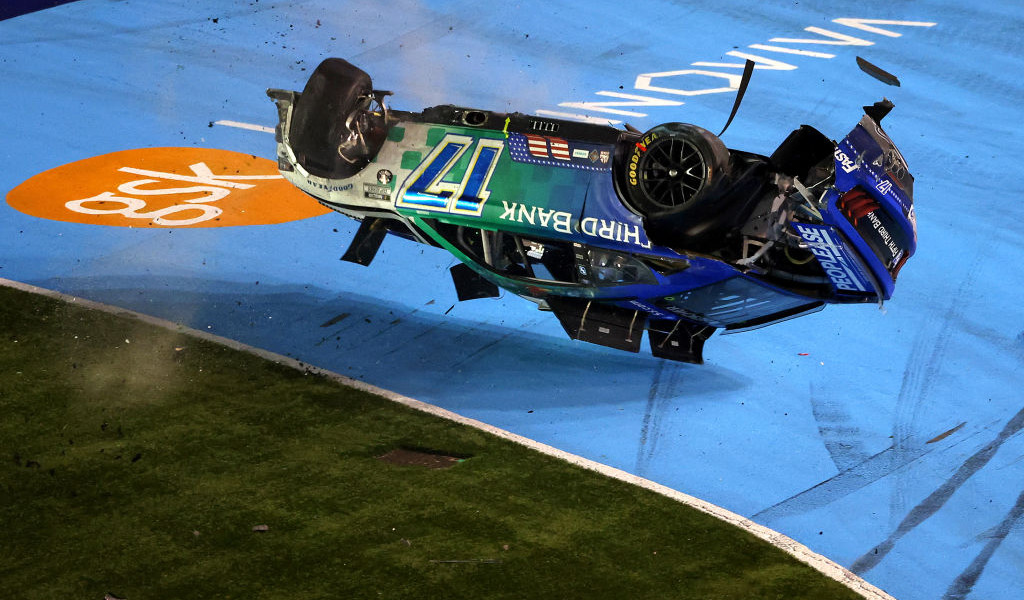 Despite the absence of long-time Most Popular Driver, the recently retired Dale Earnhardt Jr, the stands appeared densely packed for the 2018 Daytona 500. There was, of course, still an Earnhardt in the field, with Jeffrey Earnhardt ensuring the family name was represented for the 40th consecutive time in the Great American race. Dale Jr himself was the one to get the race started with the infamous words “drivers, start your engines.” But little did we know then that the eventual race winner would be none other than the car sporting Earnhardt Sr’s legendary no. 3.

Perhaps befitting the Earnhardt legacy, Austin Dillon’s win was nothing short of controversial, securing the win on the last lap by appearing to wreck the no. 10 car of Aric Almirola in front. Dillon’s wasn’t the only questionable move of the race, however, with a host of at-best opportunistic and at-worst dirty manoeuvres leading to big wrecks in the first two stages. As a catch-up for anyone who’s not watched NASCAR in a while, a reminder that since 2017, races have been split into three stages, with drivers able to collect points for each stage as well as for the overall result.

Cars were running three and even four-wide at the outset, with Denny Hamlin’s no. 11 car looking comfortable in the lead. However, that all changed during the first caution, as Hamlin overshot his pit box, backing the car up, but not far enough, earning himself a 1 lap penalty. Meanwhile, the other big names were on the move, with Jimmie Johnson working his way quietly through the field in the no. 48 and Kyle Bush showing promise until he suffered a puncture in the no. 18. The young guns were well-represented early on, with Alex Bowman (no. 88), “Bubba” Wallace (no. 43) and Erik Jones (no. 20) running towards the front of the pack for much of the first stage. Stenhouse (no. 17) and Logano (no. 22) ran confidently up front as the stage progressed, with Chase Elliott on the charge in the no. 9 Chevrolet.

On the final lap of the stage, Ryan Blaney (no. 12) was blocked (by all accounts, pretty aggressively) by Stenhouse who then drifted up the track, causing Jones to get loose, and ultimately setting off a domino effect which eventually collected Suarez, Johnson, Larson and others, with Chase Elliott doing an impressive job to avoid it. Meanwhile, Kurt Busch (no. 41) remained out front as the drama unfolded behind him, earning him the first stage win of the season.

Kurt Busch started the second stage off with the same 1 lap penalty for a pit box violation that scuppered Hamlin’s hopes early on, while Hamlin himself was now back on the lead lap. Blaney and Bowman, both lucky to have avoided the wreck at the end of the first stage, led the field. The no. 24 car of William Byron brought out the caution with a puncture on lap 93, with reigning Cup champion Martin Truex Jr now leading the field after electing not to pit. Blaney (apparently feeling the force as a huge Star Wars fan) promptly took the lead back as the race returned to green.

With 18 to go in the stage, another big wreck unfolded, as Chase Elliott moved down the track to block Brad Keselowski in the no. 2, in a move which did neither of them any favours. Elliott’s no. 9 was sent spinning by the contact, eventually coming to a stop after collecting Kasey Kahne in the no. 9, and Danica Patrick in the no. 7, prematurely ending Patrick’s final Daytona 500.

With that wreck having depleted the field once again, the aggression died down a little, as Aric Almirola in the no. 10 and Wallace cleanly worked their way up in to the top 5, with Ryan Blaney eventually taking the second stage win in the no. 12 Penske.

Entering the final stage of the race, Blaney, Logano and Hamlin made up the top 3, and, with much of the field running single-file, things seemed to settle down somewhat, with cars pitting under the green flag with 43 laps remaining, and little drama of note, besides Kyle Busch adding to his difficult day with a penalty for speeding.

With 32 laps to go, the leaders hit traffic, but made it through cleanly, despite some wobbling from the lapped no. 1 car of Jamie McMurray. More pit stops under green followed, with Hamlin making a strategic error, pitting a lap later than the rest of the field, and Logano dropping a lap down after getting loose and speeding on pit road, earning himself a penalty. Following Hamlin’s stop, Blaney was now back in the lead, followed by Truex Jr and Kurt Busch.

After a surprisingly long green-flag period, Byron brought out the caution with 11 laps to go with a dramatic right-front tyre failure. Blaney, who by this point had led 118 laps, found himself crowded out and it looked as though he might drop way back in the pack, but he fought back up towards the front despite little help from those around him. The fight at the front was now heating up, with Kurt Busch, Denny Hamlin and Ryan Blaney all jostling for the lead.

Hamlin, now leading, blocked Kurt Busch, pushing him back towards Blaney. While it looked like the pair didn’t make contact, Kurt Busch spun, causing another big wreck, collecting Stenhouse, Truex and others. When the green flag waved once more, Almirola looked confident at the head of the field, clear of Hamlin and Dillon behind him. On the final lap, Dillon made what was to be the deciding move of the race, sending Almirola ungracefully into the wall and taking the win for himself. Meanwhile, Wallace and Hamlin fought tooth-and-nail for P2, with Bubba coming out on top in an incredibly close finish.

On his win, Dillon said that he had done what he had to do, while a devastated Almirola gave his opponent more credit than he perhaps deserved in his dignified post-race interview. While it might not have been the way it should have ended, there’s no denying that for many fans, there was a special kind of symmetry to seeing the no. 3 return to Victory Lane on the 20th anniversary of the late Dale Earnhardt’s win.

What did you think of Dillon’s move? Was it a step too far, or would any other driver have done the same?