Formula E has revealed changes to its attack mode procedure as well as other alterations to its sporting regulations for season six.

Alongside revealing their 2019–20 calendar at the FIA World Motorsport Council in Paris, Formula E also announced that from next season drivers will no longer be able to arm attack mode under Full Course Yellow or safety car conditions. This means that drivers will be forced to drive off the racing line to activate the higher power mode and thus retain the risk of losing positions.

However, it was also announced that attack mode power would increase from 225kW to 235kW.

The revisions to Formula E’s sporting regulations for season six also made reference to issues that have arisen this season, following the series’ switch to timed races. From season six, a temporary suspension to the race—such as a red flag—will see the countdown clock stopped, so that the full amount of time is run overall.

Furthermore, during FCY and safety car periods, a set amount of energy will be deducted from each car for the duration of the caution period, with 1kW being lost each minute until the race is restarted. Formula E said this rule has been agreed to make energy management more of an element in affected races, with the intention of “more varied strategies and close racing to the finish line that fans have grown accustomed to seeing”.

There will also be an extra point on offer in season six, awarded to the fastest driver in the qualifying group stages before super pole.

Finally, Formula E has increased the cycle of its new Gen2 car to include season eight in 2021–22. The championship said this extended four-season cycle will include updates to the car “including increase of power, improvements to the battery and an evolution of the design and bodywork.” 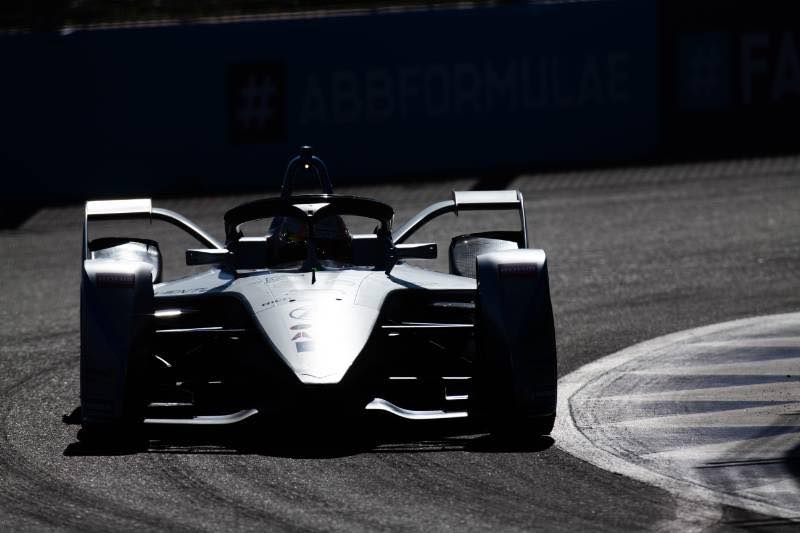 Announced in 2018, Formula E’s Attack Mode was set to create yet more excitement and variety up and down the grid in the 2018/19 season. The official Formula E website describes the mode as an opportunity for drivers to ‘race harder, giving them the edge to keep ahead of the competition’. The mode can be activated at different points in the race; drivers are given an extra 25kW (12%) of power, however the duration and number of times a driver can activate the mode is not fixed. FIA officials determine these details one hour before the race, keeping team strategists, drivers and fans guessing.

But as fans are just getting to grips with the Gen2 cars, is this new feature a step too far in trying to keep the series interesting?

Seeing it in action for the first time in Ad Diriyah, you might be forgiven for thinking you were watching a real-life version of Mario Kart. Indeed, fans have criticised Formula E mastermind, Alejandro Agag, for ‘dumbing down’ the feature by likening it to a video game, suggesting that gimmicks such as this one make Formula E an easy target for cynics of new racing formulas.

Some fans have likened Attack Modeto a joker lap in Rallycross and, indeed, it’s easy to see the similarities, as drivers are forced to move away from the racing line in order to activate the feature, before re-joining the race with the added boost. But even this could throw up problems, with dirty tyres and unsafe manoeuvres to attack, and re-join the race. Okay, so that part is down to the reliability of the drivers, but is it really worth the drama where we have plenty already?

Watching Attack Mode in action for the second time in Marrakesh, you could say that the feature really didn’t add much to the race. Drivers such as Jean Eric Vergne were able to steadily work their way up the grid, providing the fans with a couple of interesting overtakes, most of the action wasn’t really a direct result of the Attack Mode feature.

As the use of Attack Mode is mandatory for each car, drivers are forced to use the feature to simply tick a box. Ultimately, as we saw in Marrakesh, drivers chose to use their final Attack Mode during a safety car towards the very end of the race, which arguably contradicts the whole point of the feature’s introduction.

If this is the case, why was it introduced?

Perhaps FE bosses are keen to avoid the same accusations their counterparts in F1 are currently receiving, that the racing simply isn’t entertaining enough. However, when compared to Formula 1, realistically Formula E is in the infancy of what it can achieve. Even from the very first race in 2014, Nick Heidfeld managed to crash his way, quite literally, into the news headlines by ploughing his Venturi into the barrier. Since then, Formula E has continued to provide fans with entertaining races, enhanced by the FanBoost feature that was introduced from the very first season.

With that in mind, what of the FanBoost?

At the moment, Formula E have no plans to alter or get rid of the FanBoost feature that allows fans to vote for their favourite driver, giving them a further two ‘boosts’ on track. With some critics labelling the FanBoost a mere popularity contest from the beginning, the introduction of Attack Mode where all drivers are given at least one boost before the race even starts, it opens up the question of where FanBoost really fits in this new feature.

Unlike Formula 1, Formula E features cars, teams and drivers on a more even playing field. The series already offers unpredictable racing and fans haven’t exactly been crying out for the series to be made more ‘interesting’ in the same way F1 fans have. Perhaps Formula E bosses are keen to avoid the same criticism, however with the addition of Attack Mode, it is difficult to know exactly what audience they are attempting to appeal to.

With only two races down, the true value of Attack Mode remains to be seen. If bosses expected Attack Mode would make for an explosive opener to the 2018/19 season, they were sorely mistaken.

The next E-Prix will take place in Santiago on 26th January.