After what feels like the longest 3 years, the 37.73 miles of the Isle of Man TT Course is once again alive with the sound of race bikes. Visitors are arriving in their thousands to see the spectacle, and many of the fan’s favourites are back on the course to pit their wits against the tarmac and trees.

Whilst many of the competitors arrived fresh from the North West 200, given the Dunlop tyre issues there it hasn’t been as clear an indicator of form on the Superbikes as we’ve seen in previous years.

Peter Hickman was showing great pace at the NW200 on the Gas Monkey/FHO BMW before the tyre problems and his closest challengers have to be Dean Harrison on the DAO Kawasaki; Davey Todd on the Padgett’s bike; and his teammate (Isle of Man born and bred) Conor Cummins.

Despite the late changes in machinery, and a lucky escape with the tyre issues, Michael Dunlop can never be discounted and with his knowledge and experience, John McGuinness will also be one to watch.

It’s hard to write an article that doesn’t just become a list of competitors – by it’s nature the Isle of Man Mountain Course is never easy to predict – the distance, the speed at which conditions change, the wide open Mountain Section contrasting with the lower tree lined sections make it a really fascinating prospect.

There are some talented new names to look out for too. As they make the step up from the Manx Grand Prix, James Hind and Nathan Harrison have already put in some solid laps during Practice Week. Glenn Irwin makes his debut on the Isle of Man, as does Milo Ward.

On the Superstocks, as the current lap record holder Hickman is an obvious one to watch, so too is Davey Todd. Dunlop on his Carl Cox support machine, and local lad N Harrison will also be pushing.

We’ve not yet mentioned Lee Johnston – he’s got to be worth a look on the Supersport and with 16 podiums, Dean Harrison will hoping for another trip up the famous steps. Once again Todd & Cummins will be competitive, and Michael Dunlop is showing his experience as the current lap record holder.

The Supertwins could be an interesting one to watch – again Dunlop is on the Paton, with the mightily experienced Rutter contrasting against the young man James Hind who is the current Manx Grand Prix Lap record holder – he has the capability to secure a top 8 finish. We also have the North West 200 success of Pierre Yves Bian who is obviously one to watch as he brings that to the Island.

The Sidecar entry is made up of a lot of well known and highly successful names. Dave Molyneux and Darryl Gibson will be debuting the KTM. Speaking of debut, Harry Payne and Mark Wilkes make their first attempts at conquering the course – somewhat different to the circuits they have enjoyed recent success on.

The locals are well represented this year with Callum and Ryan Crowe vying for a podium finish and of course the Mansfield brothers. Ben & Tom Birchall will be continuing their charge and hoping to add to their previous wins. The sidecars also sees Michael Russell making the crossover from solo in an attempt to contest all 8 races during race week…!

It would be wrong to write this without mentioning the sad loss of Mark Purslow following an incident at Ballagarey during the Wednesday evening practice session. Mark was a previous winner at the Manx Grand Prix, and this was to be his second TT. Our thoughts are with all those affected by his passing. 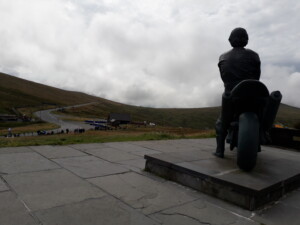 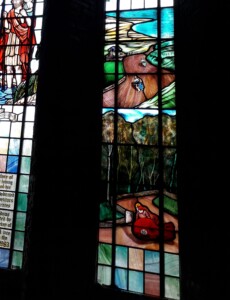 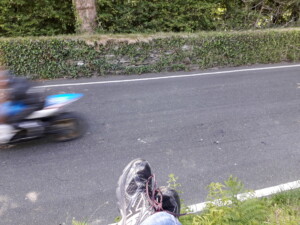