The race has been on the calendar since 2004 and seen some dramatic moments over the years. From Lewis Hamilton’s dramatic 2007 exit in the pitlane, to Nico Rosberg taking his maiden grand prix victory in 2012. Rubens Barrichello took the first victory in 2004 when driving for Ferrari and Fernando Alonso who had already wrapped up the world championship that year took victory in 2005 from pole. The Spaniard also took victory in 2013 for Ferrari. Mercedes have taken the most victories at the track with six wins. It is also the place that Michael Schumacher took his final victory during 2006, his last year at Ferrari.

“This is great news for all of our fans in China and we are delighted to announce this agreement that will see us racing in Shanghai until 2025. Our partnership with the promoter Juss Sports is incredibly strong and we look forward to continuing our long-term partnership. While we are all disappointed, we could not include China on the 2022 calendar due to ongoing pandemic conditions, China will be restored to the calendar as soon as conditions allow and we look forward to being back with the fans as soon as we can.”

Of course, the race has been cancelled for the last two years due to the pandemic, so the promoter will be happy that they have secured the future of the event on the calendar for the next few years.

The Azerbaijan Grand Prix was definitely a race that was missed during 2020. A street circuit which often produces some exciting racing, testing overall straight line speed but allows for overtaking whilst testing the driver’s abilities to be calculated and precise enough to thread the car through the high walls of the circuit. 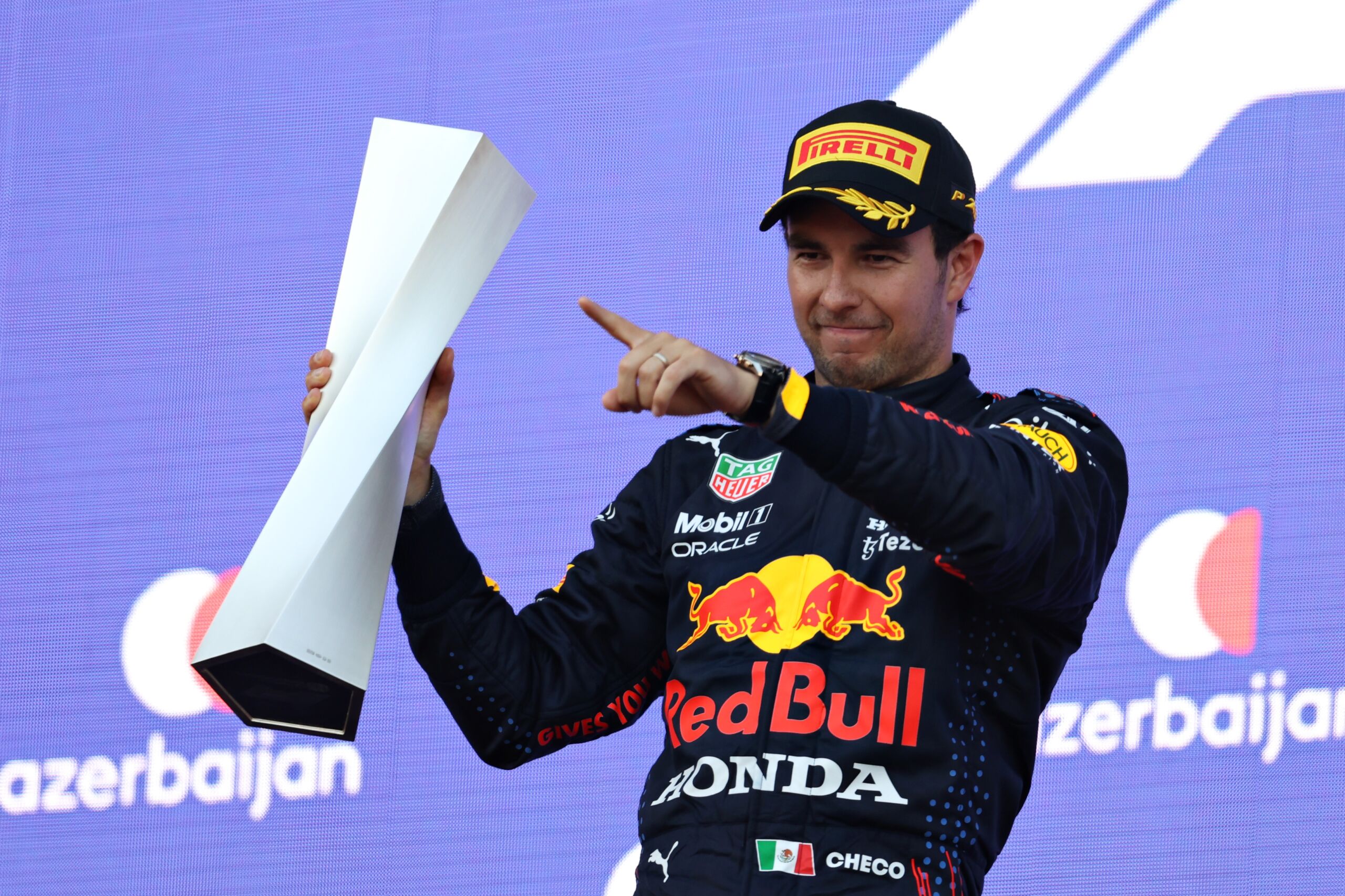 Experience in an Formula 1 car is often key at tricky circuits like this, which shone through during this race, which did not disappoint. This week it seemed to be all about the older drivers putting in some epic performances which we know they are very capable of. They did give the young guns a run for their money, but it didn’t work out for all of them. Most drivers had solid races at Baku, but the skill of some of the experienced drivers was evident during the race, meaning they were able to maximise on what was a crazy race.

Perez is well known for his experience in an F1 car. Racing since 2011 in F1, he has learned a few things to keep in the mix when it counts, and this race was a clear example of that. In the early stages of the race he was able to keep up with Verstappen whilst keeping the 7 time world champion behind him under constant pressure. He managed his tyres well, showing pace in them during the pitstops, and had it not been for a slow pitstop he may have come out in front of his teammate. During the red flag restart, it would have been easy to get caught up with Hamilton going straight on down into turn 1 if he hadn’t backed out of the move. Even though in his F1 career he has very rarely been at the front, he handled the pressure absolutely perfectly to come out on top with a very deserved win.

Clearly full of confidence after a fantastic performance in Monaco, Sebastian Vettel had an incredible race and a solid weekend all round. Had it not been for the red flag at the end of Q2, he was looking at an almost certain top 10 qualifying, adding to the excellent qualifying from the previous race. After qualifying P11, finishing in P2 was absolutely deserved, and he showed his pace in the Aston Martin early on. During the first round of pitstops he gained the lead by default as the front runners changed their tyres earlier than expected. Vettel was able to manage the soft tyres whilst still pulling a gap on his rivals to then come out P7 after his pitstop. On the safety car restart he showed his experience again, navigating his way past Leclerc without contact despite getting very close. Vettel has gotten used to the new car very quickly, showing he has enough trust to make moves during both the restarts. A resurgence from him is definitely what the fans wanted after a not so great year with Ferrari in 2020.

Alonso had a highly anticipated return to F1 at the beginning of the season, however so far he hasn’t been so successful, being out qualified and finishing behind his teammate Ocon on Sunday. This could be down to getting used to F1 again after his time away from the series, along with getting used to a new car with a relatively new team under new management. Watching his on board camera from the restart after the red flag, he clearly showed why he is a double world champion. Starting on the grid in P10, he made up for places to finish P6 by the end of the 2 lap sprint. What is striking about his on board though, is the skill involved. He had the inside line into turn 1 but was being squeezed by Sainz, who also had Ricciardo on the outside. Alonso did not make contact with the wall or the other cars during any of this. He then demonstrated his race craft by waiting for the right moment on the same lap to overtake Tsunoda. This created an epic finish for him, the likes of which we were used to seeing before.

The oldest man on the grid did not want to miss out on the action, as is normal for Kimi Raikkonen. For him the highlight of the day was a skillful move on Bottas into turn 7, the slowest on the track, during the safety car restart. Raikkonen has shown throughout his time at Alfa Romeo that he still has plenty of talent to keep him in F1 and finishing in the points with moves like this are often the reason for this.

When talking about the experienced drivers on the grid, Lewis Hamilton is part of this conversation being extremely consistent and changing his style over time. However, the incident after the red flag restart was a rare mistake from him, the team revealing afterwards that he had flicked on the magic brake button whilst changing gears. This changed the brake bypass to mostly front end, meaning the car couldn’t stop before the turn. This admittedly makes the error an odd one because this has never happened before, despite the buttons position never really moving. They say it’s best to learn from your mistakes and Hamilton says they will grow as a team.

Overall, Mercedes had a terrible weekend. This is where the team experience came in, allowing them to try different set ups, strategy’s, and tactics to get the most out of a seemingly lacklustre performance from the car all weekend. By the end of Q3, the changes made to Hamilton’s car were successful with him managing to secure P2. Bottas on the other hand was arguably hampered by the red flag at the end of the session but suffered massively during the race. The Mercedes is not known for its great ability to pass other cars in the midfield, but with what appeared to be the quickest straight line speed and the power of the slipstream, a few DRS based moves into turn 1 were expected. Instead Bottas made his way backwards at the restarts and didn’t perform well. However, he did have a different rear wing to Hamilton, which the team confirmed as driver preference, this may have ultimately hampered him when trying to overtake.

Looking forward to the next couple of weeks, Mercedes will need to win in France to make up the points in the constructor’s championship after having lost more to the RedBulls this week. The outcome of the race could also have a huge impact on the Driver championship, with the front runners not gaining any points this week, it is massively important they maximise each race, as cancellations become more frequent and look to threaten the 23 race calendar. France is not known for amazing action over the last few years, but with the 2021 season we are having it could be unpredictable.