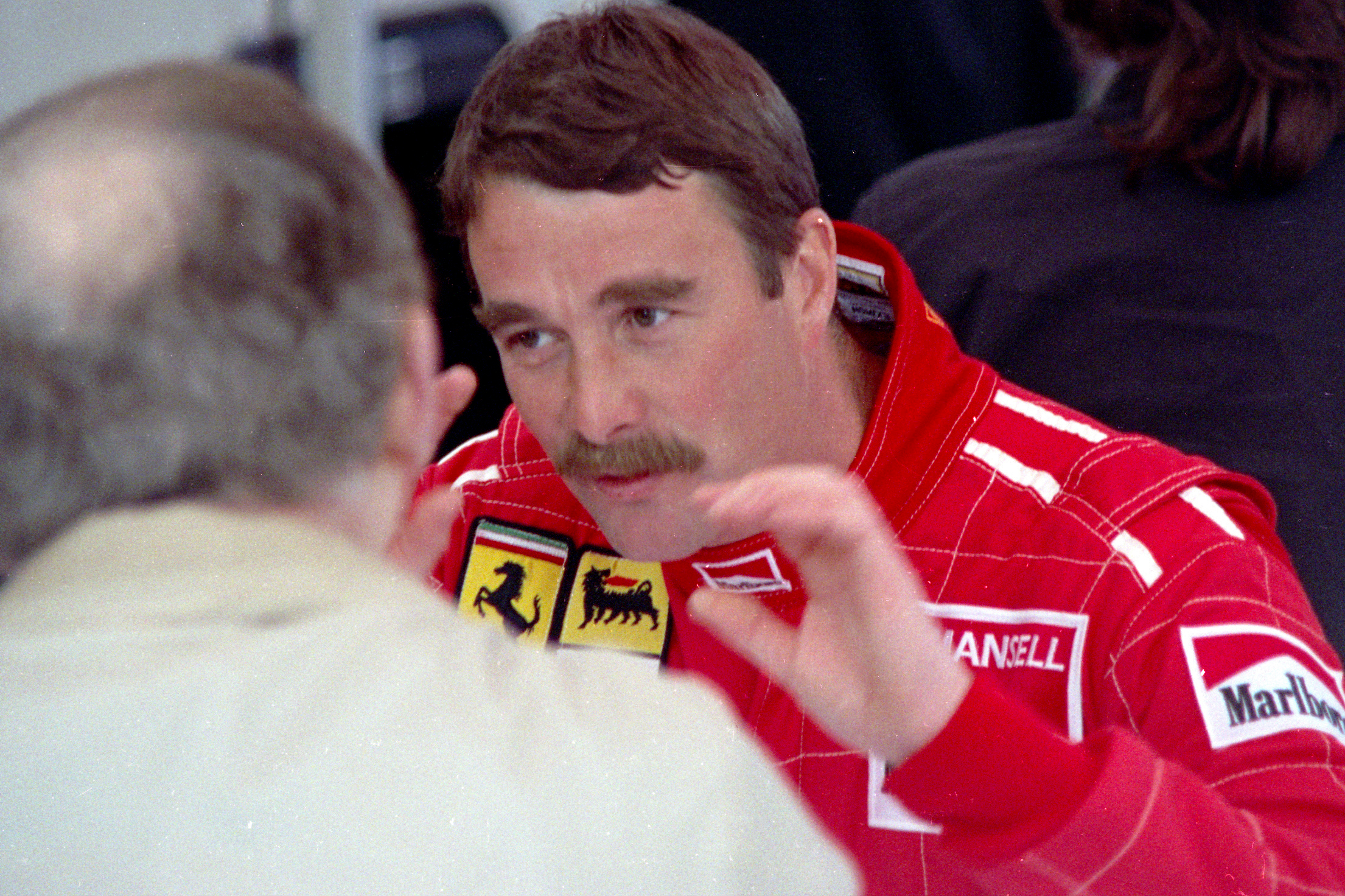 Driving for Ferrari in Formula One is seen as more than just driving the car. You become an icon of an army of fans in Italy and indeed around the world. You become instantly recognised in Italy, and are hailed as a God.

Many drivers have endeared themselves to the Tifosi, even non-natives. Such examples include Michael Schumacher, Niki Lauda and Jean Alesi. However one of the best drivers to race for Ferrari, was Nigel Mansell.

The 1992 world champion drove for the Prancing Horse in 1989 and 1990, with the Brit having the honour of being the last driver Enzo Ferrari signed before he passed away in 1988.

It didn’t take Mansell long to embed himself into the heart of the Tifosi. Affectionately named Il Leone, because of his fearless driving style, Mansell won his first race for the team in Brazil.

Though it seemed more likely Mansell would be leaving early. The team’s revolutionary semi-automatic gearbox was so high-risk, that Mansell retired from most of the sessions that weekend. There’s a paddock rumour that he booked an early flight home midway through the race as he was so confident his car wouldn’t see the finish!

However against all odds, and a steering wheel coming loose mid-race, Mansell took the win, in the hometown of perennial rival Nelson Piquet.

It was to be a trying season for Mansell and Maranello, as the car was in a constant flux of development for a title push in 1990. He retired from the next four races with various issues, such as a gearbox failure at Imola.

His form picked up midway through the season though, with podiums in France, Britain and Germany, but it was at the Hungaroring where ‘Il Leone’ showed his fighting spirit.

Qualifying 12th, Mansell made his way up to second behind Ayrton Senna’s McLaren with just 20 laps to go. Hungary is still a tough place to overtake, with it being known as ‘Monaco without the barriers’ but Mansell hunted down the legendary Brazilian with aplomb.

When Senna hesitated to lap Stefan Johansson, Mansell seized his chance. He swung to the outside and passed both of them, taking the lead and winning the race. In Mansell’s autobiography, Staying On Track, he describes it as one of his favourite overtaking manoeuvres.

The rest of the season didn’t quite pan out as Mansell was banned for the Spanish Grand Prix after colliding with Senna and being disqualified in Portugal the week before. However he finished fourth in the championship with 38 points.

1990 saw reigning world champion Alain Prost move to Maranello, and a year of turbulence was on the horizon.

The Tifosi adored Mansell, giving him various awards and accolades. As well as his nickname, he was given a golden helmet, a small lion statue, and when he left the team at the end of the 1990 season, he was sent a trophy with the words ‘Our World Champion of 1990’ inscribed on it.

Meanwhile Prost stayed at Ferrari until 1991 when he was sacked for criticising the car. “In Japan, the car was like a horrible truck to drive. No pleasure at all. I’ve underlined the defects of the Ferrari throughout the season, but no-one has listened to a word.” Prost was fired by Ferrari and paid off to not drive for 1992.

He was also partially the reason Mansell left the team. Prost was notorious for being very political, playing the gallery to suit his needs. Mansell was number one driver when Prost arrived, but that changed as the Frenchman was given preferential treatment.

At Silverstone, Mansell’s home race, Prost supposedly saw Mansell’s car was much better and ordered the team to switch their cars, meaning Prost now had the better car. This knocked the steam out of Mansell and so he saw the season as a ‘retirement year.’

However there was one incredible moment in the ’90 season. At Mexico, Nigel was approaching former team mate Gerhard Berger in the McLaren approaching the high speed Peraltada corner. After a few weaving moves down the straight, Mansell moved to the outside and passed Berger around the outside. It’s considered one of the best moves in Formula One history.

Mansell was ready to retire following his acrimonious year with Prost, until Frank Williams intervened and asked him to return to Williams, where he finally won the title in 1992 after over 10 years of trying.

Nigel is still revered by the Tifosi, and while many Brits have driven for the Prancing Horse, such as Tony Brooks, Mike Hawthorn and Eddie Irvine, none are more loved than ‘Il Leone’ or as we know him, ‘Our Nige.’