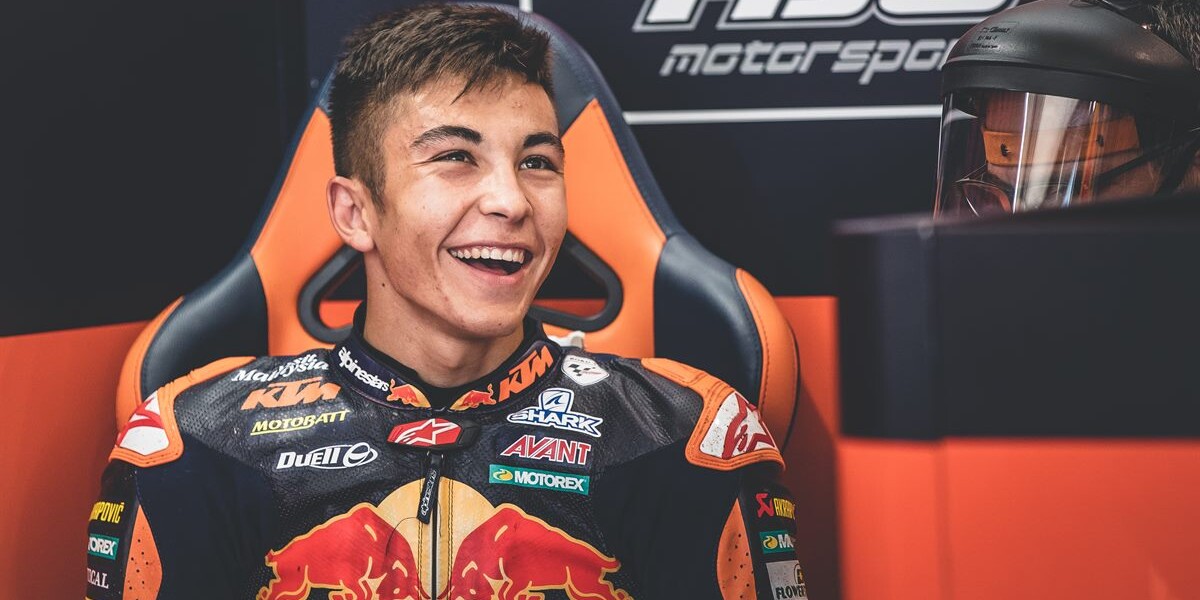 In an interview with Spanish Autosport, Raul Fernandez claimed that he is the “moral” Moto2 champion in 2021. He believes his team placed “stones and obstacles” in his way, preventing him from taking the title.

Raul Fernandez is the Moto2 rookie who burst onto the grid in 2021, claiming a phenomenal 12 podiums, 7 pole positions and 8 race wins. The latter surpasses the previous record held by Marc Marquez, who won 7 races in his rookie Moto2 season.

These results saw him clinch 2nd in the Moto2 championship, eventually won by his KTM Ajo teammate Remy Gardner. He missed out on the title by just 4 points.

When speaking to Spanish Autosport, Fernandez stated that “no one knew how to guide” him and his team of “inexperienced” mechanics. He believes this played a role in him failing to secure the title in his maiden Moto2 season.

“The problem we had is that my whole team – and when I say my team I mean my mechanics, who I was very lucky to find such a special group – were inexperienced and nobody knew how to guide us. And that is why today we don’t have the championship crown. But morally it has been proved by the result that I am the strongest rider, with more wins, poles, fastest laps.”

“Remy is the champion, he has scored more points, but really with the speed we had and being a fish that swims against the current, I honestly feel morally champion. What we have done, being all new and getting to know each other this year, it’s impressive.”

Fernandez then stated that he felt “stones and obstacles” had been placed in his way by his team, handing the championship to his teammate. He claimed that having a “figure” in the team to guide and support himself and the mechanics would have helped them secure the title.

“It has cost us sweat and tears. In the middle of the year we talked and all of [my mechanics] were having a hard time. We were all looking forward to the end of the season.”

Their strong performances across the 2021 season mean that both Fernandez and Gardner will be moving up to MotoGP, joining the Tech3 KTM Factory Team for 2022. Back in August, when his promotion was confirmed, Fernandez stated that “it’s the dream of any rider to arrive to this class”.