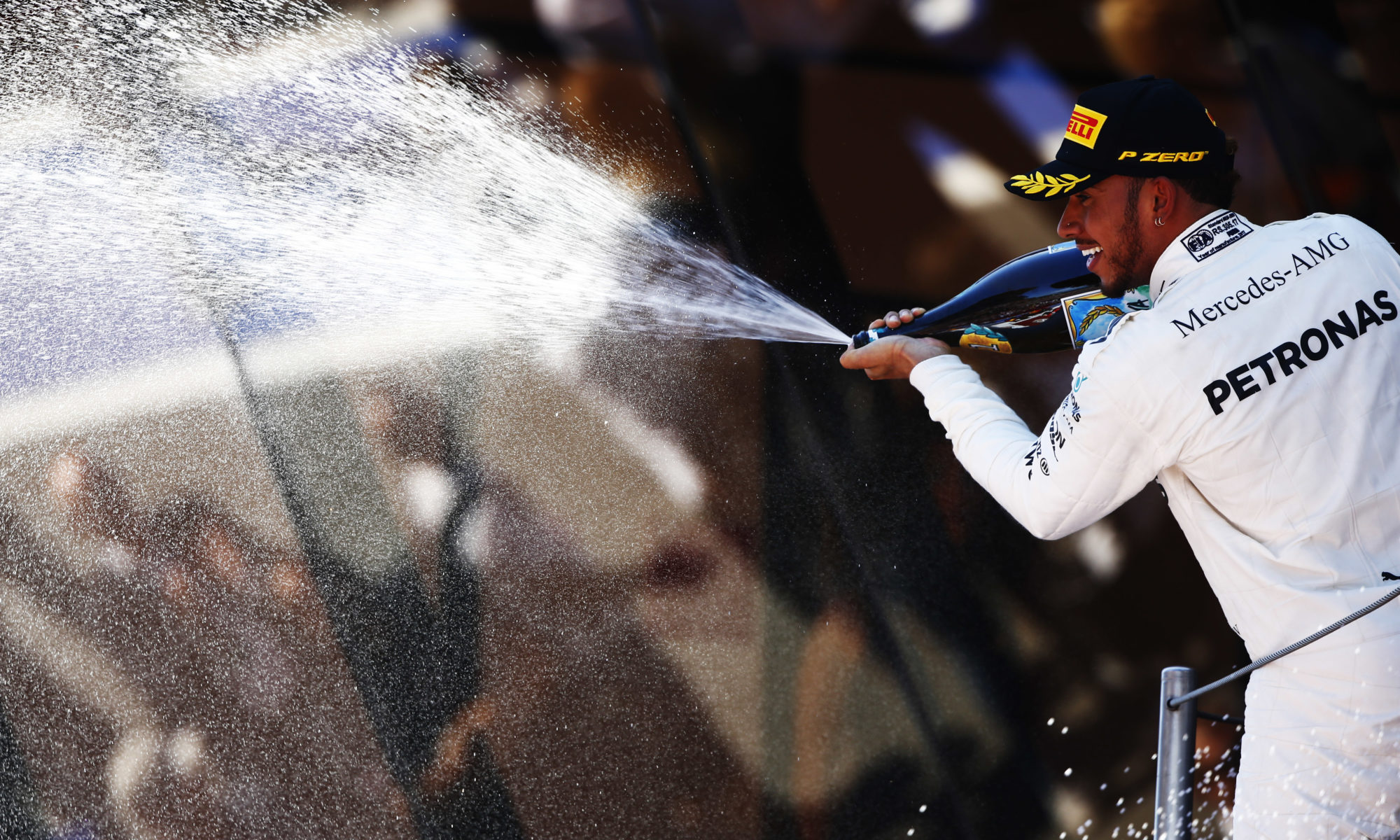 Season finale once again, the 2017 Formula One season, belongs to the past, it’s hard to describe my feelings for this season. There are two emotional packages, the first one is before the summer break and the other one is after the break, mixed emotions but at the end, despite the results, despite the winner, there is no way to relieve the pain that appears when the F1 season ends. Now we have to wait until the first pre-season tests to hear the noise of the engines, but before that there will be massive debates about the Halo. Personally, I don’t like it, but the drivers’ safety is always the most important factor, end of discussion!

A traditional review would break the season into two parts and remind you round by round, or race by race, if you prefer, what happened the past months. Let’s try a different approach, a shorter  season review, which will try to put you in a flashback mode, and pass all the 2017 season in front of your eyes in 1 minute (okay maybe a bit more!)

Season premiere, tonnes of coffee for us who are living in the European time zone, agony as well, like the first day in school after the summer break! Sebastian Vettel, started from the second place, had better set up and a faster car than his title rival, Lewis Hamilton, and won for the first time since the Singapore Grand Prix in September 2015. Mercedes asked from Hamilton to go faster, but the Brit had issues with his tyres and was unable to catch Vettel’s speed.

Not a race to remember for Daniel Ricciardo, the Australian’s Red Bull, stopped on the way to the grid, his mechanics sent him back to the race, and on the second lap he had another issue, returned to the track, to enjoy his home race, but retired before the 30th lap.

Lewis Hamilton took his revenge, the Briton won his first victory in 2017. On Saturday he secured the pole, and had an advantage the following day, Vettel was close but never too close and at the end Hamilton took the chequered flag. The drivers started the race on wets, Max Verstappen had an impressive race, moved from the 16th to the third. Antonio Giovinazzi crashed his Sauber on the third lap of the race and retired, a good result for Carlos Sainz who finished seventh and scored six points for Toro Rosso.

Pole position for Valtteri Bottas, the first in his career, the Finn set the fastest lap on Saturday, followed by his team-mate and Sebastian Vettel. Ferrari, had the pace to challenge Mercedes, and win their second victory of the season. At that moment, it was clear that the 2017 title would be decided between Hamilton and Vettel. Lewis Hamilton received a five second time penalty, for driving slowly on the pit entry to hold up Daniel Ricciardo. Lewis, served his penalty during the second and final pit-stop, when he re-joined the track he was behind Vettel and Bottas. The Finn stepped aside, allowed to Hamilton to pass him and chase Vettel, but Hamilton was not able to cover the 12 second gap in nine laps.

Max Verstappen crashed on the eleventh lap of the race, due to brake problems and retired.

Russia was the next stop for the Formula 1 crew, after the Bahrain Grand Prix. Sebastian Vettel was prepared to celebrate another victory in 2017, as he claimed the pole position in Bahrain, followed by Kimi Raikkonen and Valtteri Bottas, but the Finn had other plans. The Silver Finn, jumped the two Ferraris in front of him and took the lead on the opening lap. Bottas, despite the pressure from Vettel during the final laps, managed to remain first until the chequered flag and scored his first victory in Formula 1.

Hola amigos, said Hamilton to Sebastian Vettel. After an amazing start, Vettel passed Hamilton on the first lap, but Mercedes had an ace under its sleeve. The Silver Arrows, decided not to follow Ferraris strategy and go for a quick stop, but to leave Hamilton on the track for a longer medium stint and gain an advantage on a later stage of the race. Valtteri Bottas, delayed Vettel, as the German couldn’t pass the Finn, Mercedes pitted Hamilton, after the end of VSC, and with 30 laps to go. The British champion, re-joined on softs, Vettel pitted a lap later and after a wheel to wheel battle with Hamilton managed to remain first. On lap 44, Lewis was on Sebastian’s tail, took advantage of the DRS and overtook the race. Since that moment Lewis has tried to increase the gap between him and Vettel and at the end, he took his second chequered flag of the season.

Kimi Raikkonen started from the pole position, after nine years, Kimi took advantage of Vettel’s mistakes on his flying lap, and took the pole on Saturday’s session. A race to forget for Hamilton, Lewis qualified 13th and finished seventh. Jenson Button, replaced Fernando Alonso, in Monaco, but collided with Pascal Wehrlein on lap 60 and retired the race.

Ferrari decided to pit Kimi on lap 34, Sebastian Vettel found the opportunity and set some flying laps, pitted after five laps, and re-joined ahead of his team-mate.

Daniel Ricciardo was the third person on the podium, it was Red Bull’s third podium of the season, and the second consecutive for Ricciardo.

Easy weekend for Lewis Hamilton, the Briton started and finished the race from the same position, the first. Vettel, qualified second on Saturday, couldn’t follow the pace of the two Mercedes’ and Ricciardo’s, he finished only fourth. Sergio Perez, refused to follow Force India’s orders, to allow Ocon to pass, while he was fourth behind Ricciardo. At the end, Sergio Perez and Esteban Ocon finished fifth and sixth respectively.

Three safety cars, and several crashed were not enough to stop Daniel Ricciardo to win his first victory in 2017. Sebastian Vettel collided with Lewis Hamilton, he got a 10 second stop and go time for swearing in Hamilton’s car.

Daniel Ricciardo totally deserved the victory in the Baku Grand Prix, the Australian dropped down to 17th place, but moved up to the tenth position just before the first safety car. The two following, safety cars, and the troubles between the leading drivers, gave the advantage to Ricciardo to move all the way up in the first place.

A race that Stroll will never forget, the Canadian young driver finished on the podium for the first time in his career.

Valtteri Bottas dominated in Austria, took his second victory in 2017. A five-place grid penalty dropped Hamilton to eighth position, the following day, Lewis finished fourth behind Daniel Ricciardo whilst Sebastian Vettel finished second. During the final laps of the race, Vettel was closing to Bottas and Hamilton to Ricciardo, for the third place, but both drivers didn’t improve their position.

After the Austrian Grand Prix, Sebastian Vettel was leading in the championship standings by 20 points.

“The support has been incredible this weekend, I am so proud I could do this for you all. Now the plan is to win the championship.” Lewis Hamilton said after his victory in Silverstone. 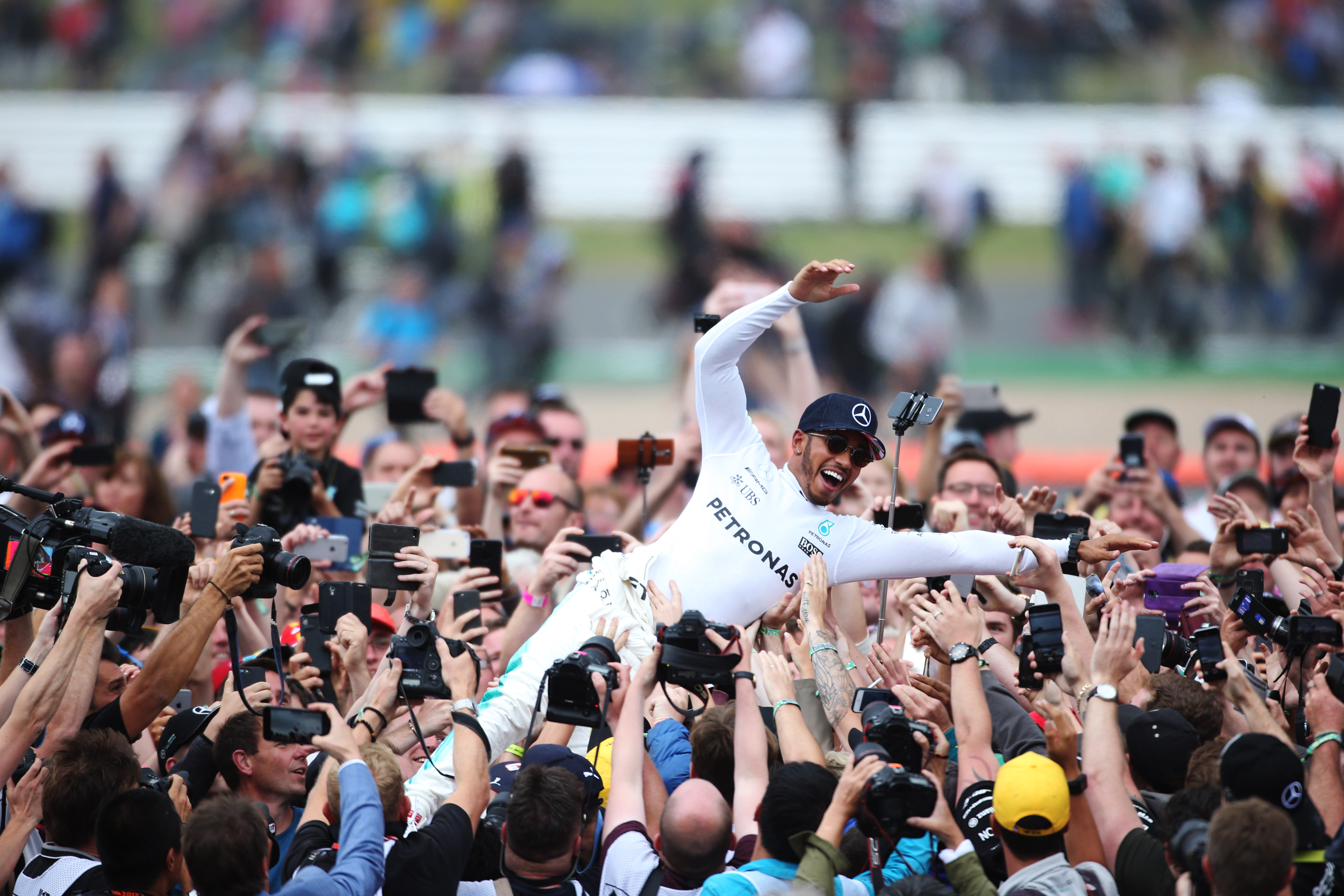 The last race before the summer break, Ferrari dominated in Hungary, and responded to Mercedes 1-2 in Silverstone. Sebastian Vettel, despite the problems that his Ferrari suffered, he won in Hungary, followed by his team-mate Kimi Raikkonen, who was complaining about Vettel’s speed.

Lewis Hamilton, was not able to catch the two Ferraris in front of him and allowed Bottas to pass him and finish third. The Briton, kept the promise which made to Valtteri earlier in the race, when Bottas allowed Lewis to pass, as he was moving faster at that point of the race.

A great race for Fernando Alonso, who finished sixth and scored crucial points for McLaren, a positive result for Carlos Sainz Jnr too, the Spaniard finished seventh behind Alonso.