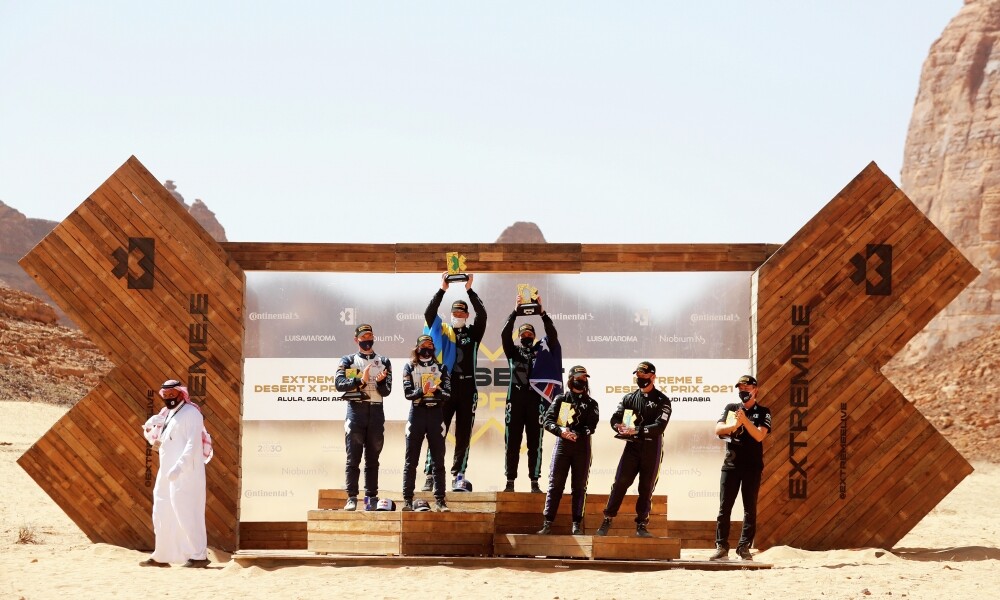 Last weekend’s Extreme E burst onto the motor racing scene with an enthralling opener in AlUla, Saudi Arabia. But whilst Rosberg X Racing’s Johan Kristoffersson and Molly Taylor were (metaphorically) tearing it up on the track, important environmental work was happening off it. In the build-up to the inaugural round, Extreme E placed heavy focus on to the championship’s desire to leave a positive, lasting impact on the local environment. They claim that not only will each event be completely carbon neutral, but a “legacy program” will also be set up in each location.

For the Saudi Arabia X-Prix, desertification and plastic pollution were the main areas that were focused on, with the legacy program seeing Extreme E support the Ba’a Foundation to help with turtle conservation on the Red Sea coastline. In particular, the program aims to protect the endangered Green turtle, and the critically endangered Hawksbill turtle, both of which are suffering from entanglement, rising sand temperatures, and nest flooding due to rising sea levels. Many of the drivers also took part in a clean up of the Ras Baridi beach.

At the start of each session, the all-electric off-road series broadcast information regarding the issue of desertification, and how it is affecting local communities. Desertification is the process by which fertile land is transformed into a desert, typically brought on by drought, rising temperatures, or improper land management. The effects of this can be catastrophic. As the deserts grow, the amount of land available for farming crops diminishes, which results in the loss of food for the community and increases famine. The amount of available water is also reduced, and Extreme E regularly highlighted this across the weekend.

Throughout its first race weekend, Extreme E also implemented several other measures that ensured it would be the most sustainable sport possible. No single-use plastics were used on site, communal water stations were placed, and food packaging was made from Polymateria (a biodegradable plastic). The batteries themselves were charged using hydrogen fuel cells manufactured by AFC Energy. These are completely emission free and only have water as a byproduct. The water from the fuel cell was collected and either used to clean the cars, or shared between local communities. AFC Energy also signed a memorandum of understanding with Altaaqa, operator of a large mobile diesel generator rental fleet, meaning both companies share a common goal of transitioning the region away from fossil fuel dependence, and towards zero emission energy. This, however, is not legally binding.

On the whole, it appears that Extreme E’s inaugural event was a big success both on and off the track. It is already clear that the series doing many things to ensure the only trace they leave is a positive legacy.