The 104th running of the Indianapolis 500 will take place without fans for the first time in its history. This will arguably be the biggest impact “The Greatest Spectacle in Racing” has seen since the series of cancellations between 1942 and 1945 during America’s intervention in World War Two.

The US has been significantly effected by the Coronavirus pandemic, and while federal laws try their best to limit the spread of the disease, state laws can take matters into their own hands. It seems this is what has happened.

A few weeks ago, it had been reported that the 500 was to happen with spectator capacity capped at 50%. The speedway then lowered that number to 25%, releasing an 88-page document detailing the safety procedures that were to be implemented.

The seating capacity of the speedway holds upward of 250,000 people. Given this, the upward trajectory of fans would have been close to 62,500 people, not including staff, teams, media and drivers.

The Indiana State Department of Health on Tuesday reported an additional 836 cases and 14 deaths from Coronavirus, bringing the state’s totals to 69,255 cases and 2,794 deaths.

Indiana’s seven-day moving average positivity rate was 7.3% compared to earlier averages of 5%. Therefore, discussions were held between local and state governments and the speedway took the decision to remove the prospect of fans in the speedway so as to mitigate the risk of transmission. 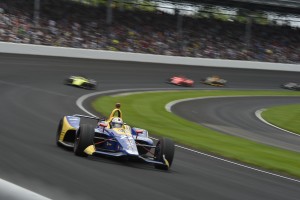 Roger Penske, owner of the circuit, told The Associated Press on Tuesday that the U-turn was:

“The toughest business decision I’ve ever made in my life.” “We didn’t buy the Speedway for one year, we bought it for generations to come, and it’s important to our reputation to do the right thing,”

This will be financially devastating, as the circuit makes most of its revenue from the 500 and will inevitably come under economic pressure as a consequence.

It was clear how the situation would unfold when IU Health, the state’s largest health care system and a partner of Indianapolis Motor Speedway, publicly criticised the attendance of fans at the raceway.

“Until we sustain better control of this virus and its spread,” IU iterated, “we strongly encourage IMS to consider an alternative to running the Indy 500 with fans in August.”

This follows a wave of schedule alterations, including the cancellation of Portland, Laguna Seca and the postponement of the Mid-Ohio race scheduled for the weekend of the 8th August, with many races including at Road America and Iowa already holding races with fans in attendance, but at a reduced capacity. 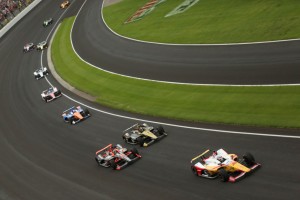