With F1 2017, Codemasters will publish their 8th official F1 game. We will show you why the game is a must have for every F1 fan, and for everyone who is in love with racing games. With the NDA of the closed beta ending on Tuesday, you will get also my very own opinion and review as a long term F1 player.

The 25th of August in this year is not only the day when the F1 World Championship’s summer break ends with free practice at the Belgian GP, and Sebastian Vettel and Lewis Hamilton continue their fight for the title—it’s the day when Codemasters publish their new F1 game. Ladies and gentlemen, start your engines!

The Career Mode in the F1 games reached a new level on last year’s game, when Codemasters finally introduced a real atmosphere with a paddock, your own starting number, a career mode that lasts 10 seasons and the all-new feature to improve the team’s car with updates on different areas, that helps you to catch up with your rivals.

But in this year’s game, the whole thing is reaching another level again.  Like you see in the trailer above Codemasters didn’t only improve the R&D system massively, they also implemented F1’s restriction on engine parts.

Like in real life you have to manage your whole power unit package now. Not only the ICE (internal combustion engine), but also the many other parts of the complex current V6-hybrid engines. And on top of that, also your gearbox which you are only able to change every six races without a penalty.

That means that you are not able to push your car to hell on every weekend of the season like last year—especially when you sitting in a McLaren-Honda or other less reliable cars, you have to look after the car as in real life or get hurt by an engine penalty.

As mentioned in the beginning of the article and also seen on the video trailer above, the R&D system is now way more complex. The players are now able to improve very specific parts of the car and, as British Youtuber “aarava” called in one of his videos, there is a whole “tree” of improvements of the car now.

And also here the player have to decide what section of the car should be improved. This section could be again be payed with Resource points, that the player is earning with the practice sessions, that are more intense in this year’s game than last year.

Like in real and like in F1 2016 each car has his very own specific strengths and weaknesses.  To the last year’s sections of engine, chassis and more comes the point of reliability. Yes, in F1 2017 there are finally real car issues, like an engine failure or as mentioned before failures of the engine parts. A big plus for every fan that loves the details of the sport!

If you don’t live under a rock, you probably already know that Codemasters is bringing the Classic Cars back into the new game. The first—and also last—time we saw this was in F1 2013. Now there are not only more Classic Cars—they will also be implemented into the career mode.

But first let’s see what kind of cars are in there:

Well then, how will the classic cars work in career mode? 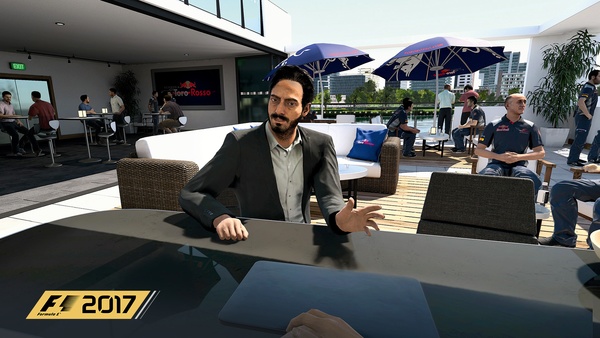 Simple. According to Creative Director Lee Mather there is a rich guy called “Jonathan” who owns some classic cars and during the career mode he runs certain events: letting the player jump in a faster modern Renault R26, for example, and with that the player has to catch slower cars that start the race before you. 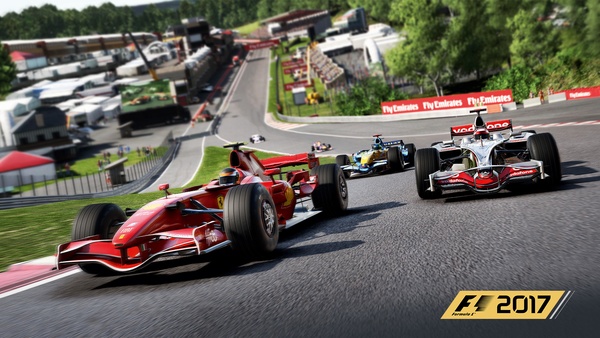 But next to the career mode there are also some special game modes with the classic cars and the player is able to use them in time trial for example.

A little mention here, like you saw maybe in the video from McLaren’s Lando Norris above: with the 1988 McLaren MP4/4, which is only available in the limited edition of the game, you are able to use a h-gearshift next to your wheel, like the car had in real life back in this time. A very cool feature, we think!

Beta Review – my very own opinion:

Thankfully as a longtime F1 player and the head of the biggest German F1 league I was invited for the second time for Codemasters Beta this year, after they started their beta programme one year ago with F1 2016.

The beta took part in different phases, each phase with different game modes or improving things from the last phase.

This year showed a massive change of aerodynamic regulations in F1. The cars are wider, the tyres are much bigger and the times are faster than in every F1 year before. Most of the real drivers are saying currently that the 2017 cars are much more fun and much more difficult to drive.

And you will feel this immediately in the game, no matter if you play with a wheel or a control pad. The cars are much faster in the corners and you will be able to push the car to every section of the circuit, especially with the wheel. Like in reality the tyre wear is much less than in the previous years, so you can push more, but:

Managing of the car:

As mentioned above with the reliability, you also have to manage the car with the fuel like in real life.  Fuel saving is much more important in this year’s game and you will probably not finish a race if you drive with the “Standard Fuel Mix” for the whole time. So you need to drive some slow laps now, using Fuel Mix 1 or just lift and coast. Some races will definitely be decided by that factor.

I played the game only on the Xbox version, but i have to admit that the graphics, especially of the cars, seems to be much better. Everything looks more realistic and the colour schemes are just insane. But have a look at your own in Codemasters’ gameplay videos.

In the beta you were able to test some classic cars in the first weeks. To be honest I didn’t play too long with those cars, but the lovely V10 sound of the Ferrari F2002 I enjoyed that for hours, and I don’t talk trash: compare it to a real onboard and you could not hear a difference between that and the game. Definitely a really sweet part of the game, that you will enjoy!

The AI is just awesome in F1 2017. Simple to say. Sure in the beta there were some strange moments here and there, which is pretty normal for a beta. But the racing against the AI in my opinion was no doubt as good as in any other game before. I had some fights with them which I normally only get when I play against my league colleagues. They are fighting back, racing against you in the corners and with the new “AI slider” you are finally able to decide for your own how strong the AI should be and this worked perfect for me.

With the new manual pitlimiter and manual exit of the pitbox there are also new driving assists that makes the game more realistic.

For me as a league driver, the multiplayer online mode is probably the most important point in the F1 games. Any long term player will know that Codemasters had some real issues in the last games. With F1 2016 they had done already a big step.

But with F1 2017 there will definitely be more happy faces for every league driver—especially as Codemasters gave every beta tester the opportunity to test the first multiplayer beta for some weeks. And with that, I’m also able to tell you something about that:

First of all the wheel to wheel racing and when both cars touches each other: While on some games in the last years there were horrible strange situations, taking the other player with a little touch on the sidepod 500 metres into the wall, there is now a really real responsibility of the cars. You can now really race against your friends or against your rivals in the league without have any thoughts about things like mentioned above.  Also Codemasters fixed many glitches from last year game, that makes the online feeling more enjoyable.

Mention for all Xbox players: the game finally has the session list from previous games back and the hopper system from the last two games are away.

For me as an F1-Fan, a league driver who is going into his seventh season, and a lover of racing games since my childhood—definitely yes! But for a casual gamer, a normal F1 fan?

I would say: yes! Because this year’s game is not only an improved version of the very good F1 2016, it has so many more features and the cars are just a lot more fun to drive. Also, there are so many things that are like in reality now, for example you see the new intros of the races in the gameplay above which is exactly the one that F1 fans know from the TV broadcast of the real race weekends, the new whole story about the engine party and managing of the car—details that makes the game much more realistic.