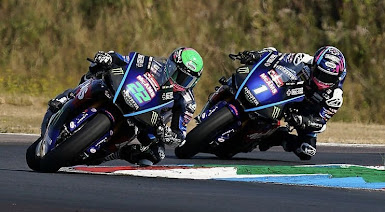 Set in the picturesque countryside of Louth in Lincolnshire, Cadwell Park has been a venue for engine powered motor racing for nearly 100 years. Mansfield Wilkinson purchased the land for the purpose of hosting ‘rough shooting’ events back in 1934. Rough shooting being use of dogs to hunt game from within the fields and hedgerows, flushing them out to be shot but Wilkinson was convinced by son Charles to allow the use of the grounds for Motorcycle Racing instead.

Starting off as non-tarmac, gravel roads winding around the grounds of the old park house, the track was extended over the years and eventually tarmacked. Four wheeled racing was introduced in the late 1950’s and it never looked back. 1996 saw the inaugural British Superbikes race at the venue and it has hosted every year since except for 2020, the shortened “Covid” season. In 2004 Cadwell Park was purchased by current owners Motorsport Vision who, to this day, are still looking at ways the thin, twisty, compact circuit can be improved for the fans and made safe for riders alike with the purchasing of surrounding plots of lands to extend run-off areas and adding in footbridges over the circuit to improve foot traffic around the circuit.

When you read about the circuit’s history, some of the corner names make sense. Mansfield corner. Charlie’s Corner and Chris’ Curve are all named after family members from the Wilkinsons. Barn corner was literally that, where the old Barn once stood. To some, it’s very interesting. To others, Cadwell Park means only one thing. The famous Mountain section. The current 2.175m layout of the circuit has remained there or thereabouts the same since the early 1960’s after modifications to the run in to the mountain were made to slow down the approach for safety reasons. The circuit winds its way through the hillside with sharp climbs, steep descents and works its way through the sections of trees and it can be a very tricky track to ride, especially in damp or wet conditions.

Cadwell Park doesn’t lend itself to a particular bike or rider. No one has enjoyed regular success at the circuit. In the last decade, race wins have gone to Josh Brookes, Peter Hickman, Jason O’Halloran, Danny Buchan, Tommy Hill, Alex Lowes, Tommy Bridewell, Shane Byrne, Leon Haslam, James Ellison and from those riders only Brookes, Haslam and Hickman have won races in multiple years.

A very technical race circuit where riders look for flow. BSB riders say when you try and ride Cadwell ‘Hard’ the lap-time goes further away from you. This is a track where you need the motorcycle flowing with you, from corner to corner as when the bike is fighting against you or the rider doesn’t feel the bike is working for you, it can be a long weekend producing poor results and with Cadwell Park being the penultimate round before riders are inducted into the Showdown, it is a very important round for the top half of the standings. Not a race circuit where out and out speed is important, this is a place where the handling and stability of the bike will be the priority. Currently Jason O’Halloran and Bradley Ray are confirmed in the showdown and perhaps Cadwell will settle the remaining places before moving on to the next round at Snetterton in a few weeks.

This year adding a re-guvinated Tarran Mackenzie on his McAMS Yamaha R1, Bradley Ray on the Rich Energy OMG Racing Yamaga, Lee Jackson Cheshire Moulding FS3 Kawasaki, Rory Skinner FS3 Kawasaki into the mix could more than spice things up for the coming bank holiday weekend. Could we see a resurgence of the “King of the Mountain” and jump fan favourite Josh Brookes, who loves to put on a show for the crowds at the famous mountain section, or will we see form in the hands of 2022 Silverstone winner Glenn Irwin?

Returning to the venue for his first race in over a decade, MCE Ducati’s Tom Sykes will hopefully continue his forward progress seen from Thruxton and join the fight for results. Cadwell can throw some serious curve balls into the mix so I wouldn’t rule Leon Haslam out either as a quick look leads me to think he has the most race wins at the circuit in the last 10 years. With the weather forecast showing a more moderate 17-20° than recent rounds, grip and conditions should be perfect for some exciting racing this weekend. While some riders have their eye on Showdown positions, other riders will be starting to turn their attention 2023 and looking at who is going where and what bikes will be available. With only 5 rounds to go until we crown the 2022 British Superbike championship, things are hotting up and battle lines are being drawn.

Good luck to all the riders and teams attending this year.