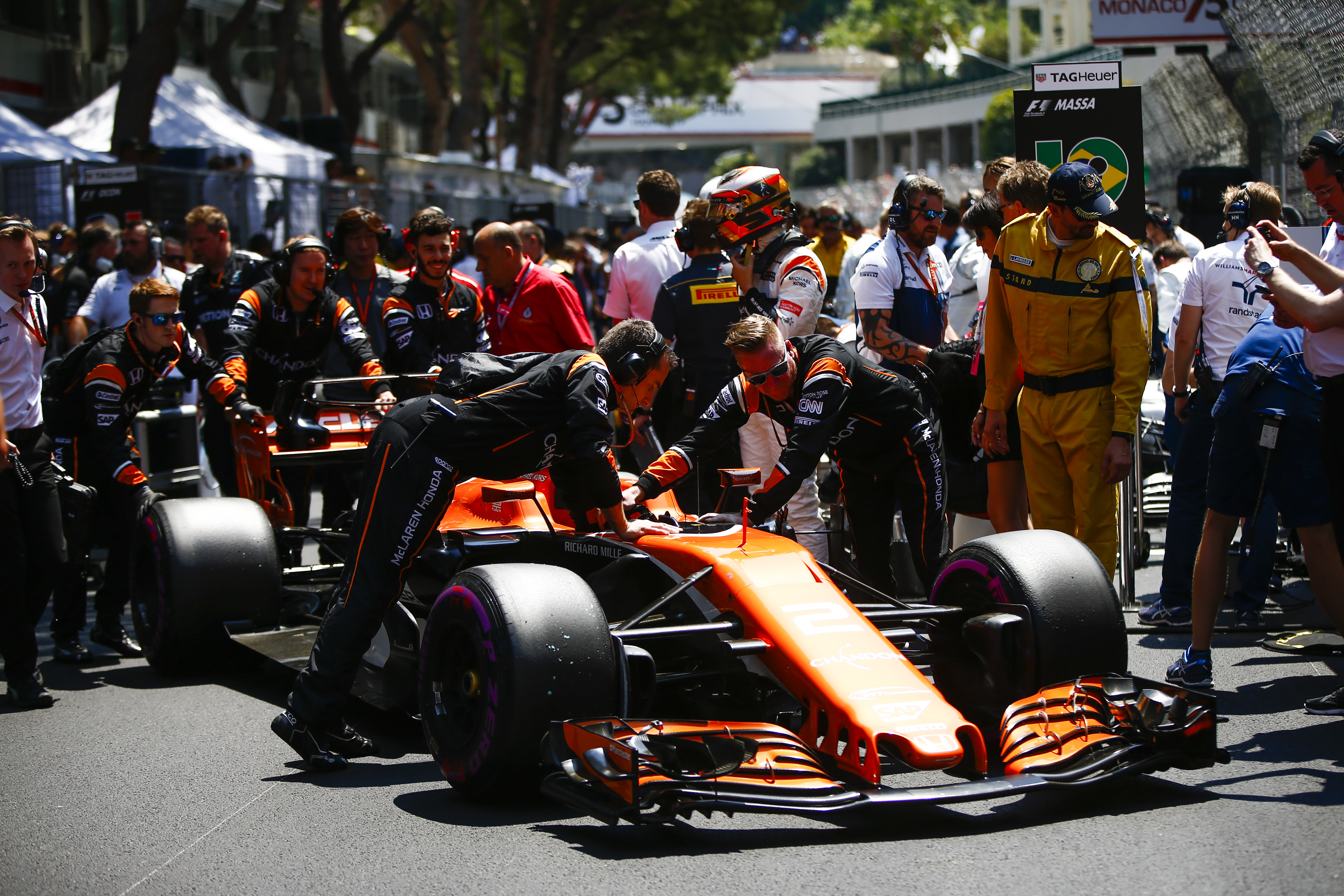 After a dissapointing Belgian GP weekend and another upcoming very difficult Italian GP, the decision of McLaren’s engine situation for 2018 is near. We reflect some of the options and showing also the opinion of a long McLaren Fan.

The speculations that are going on since the first winter test in February, could end finally in the next days – we reported about the engine dilema of McLaren back in the end of July before the Hungarian GP.

The huge damaged partnership between the british racing team and Honda are on the crossroad for weeks now. At the Belgian GP Channel 4 commentator and ex-F1 driver David Couldhard forced McLaren-CEO Zak Brown the deadline, of the decision of the engine deal. The answer: In the next two weeks, at least in September.

The reason of this is clear: As every other teams McLaren working on the 2018 car for weeks now. And now they coming into a stage, where they have to know with what engine they will start next year. But not only for McLaren the time is running, also for the potential new partner of Honda, Toro Rosso have to know at least at the Italian GP this week, with which engine supplier they will start in 2018.

Toro Rosso-Honda – The only way out for McLaren

Despite Honda’s Yusuke Hasegawa and Toro Rosso team principal Franz Tost denied a conversation between the japanese manufactur and the Italian team, there are conversations right now – McLaren got also a inquiry supplying Toro Rosso with an gearbox next year, as they are the only team that running with Honda engines currently.

It would make sense for everyone. Honda has no longer the pressure of building a winning-engine immediatly, McLaren are free for Renault and could do an engine swap with Toro Rosso, and the italian Red Bull-Junior team could test the Honda engines for an possibly supply for the Red Bull-A team in 2019.

According “Auto Motor und Sport” the Red Bull company is open minded for a deal between Honda and Toro Rosso.

But Honda have other plans. The Japanese people want’s to show the world that they could rise the bad situation into a good one, and this only with McLaren.

On the other hand this could be a big risk, as McLaren will be the big loser if Toro Rosso or Red Bull getting their stuff together with Honda, and Honda will build a stronger engine as Renault in 2018 and also need to pay for that and also looses all the big money from Honda.

Definitly, the solution with Renault, driving the same PU alongside the workteam and also the big Red Bull team as a customer, could not be a long term solution. But it is also known that this solution will be no long term relationship with Renault – It should be giving the team better results till the next engine revolution in 2020/2021, where McLaren will be looking for a new manufactur till that. The new engines, will be probably a V6-Bitturbo with KERS. Many manufacturs showed their interests in the last meetings. So it is more than possible, that McLaren considering this.

But for sure, probably no one would swap the position with Zak Brown, Eric Boullier or the Executive Comitee. The british team has moved themselves in a dilemma. Ferrari and Mercedes don’t wanna supply them and Renault also is not available, as long as they have four teams to supply.

McLaren and Honda – The partnership is already broken

There is no question if the partnership from McLaren and Honda is broken – The question is how strong they could recover from that. The pressconference from last Friday showed that the tablecloth between the two companys is at their last breaths.

McLaren lost their trust in Honda – And Honda showed again in Belgian with the Spec 3.6, that they are currently not good enough, to compete against the other manufacturs. After running the new 3.6 Spec on last fridays practise sessions, the mechanics had to changed back the engine to Spec 3.5 on Vandoornes car, after Honda found another issue overnight.

In Belgian both McLaren’s getting passed from every side on the long straight. Everyone knows the end: Alonso retired again and Vandoorne finished only the back of the field – On a track where Alonso drove from P22 to P7 in last years season, where everybody thought that Honda reach the turnaround.

Coming now to Monza, the best known highspeed circuit of the calender, everyone knows how difficult the weekend will be for McLaren-Honda. Probably their best finish will be a place in the Top 15.

But as written about, with Toro Rossos engine deadline end at this weekend, the F1 world will probably know next week how McLaren and Honda continue in F1

The words from a McLaren Fan

We know what media thinks about the matter. We know what experts say.  We know what Alonso and his Fans think. But what a true McLaren Fans, that sticking with the team for many years, with different drivers, different engine suppliers and different people on the board thinking abou the current situation. We talked with McLaren-Fan Owen Davies and asking him for his opinion.

“This is a difficult moment for the team clearly, certainly for new boss, Zak Brown. McLaren will be better placed to make a better educated judgement about what changes need to be made than us fans. From what I’ve read, all I know is the current level of performance seems untenable in the short term (let alone the longer term) for McLaren. In these circumstances, change seems inevitable now to most fans. I trust the team to make the right call for the future though.” – Owen Davis/ @f1mclarenfan on twitter