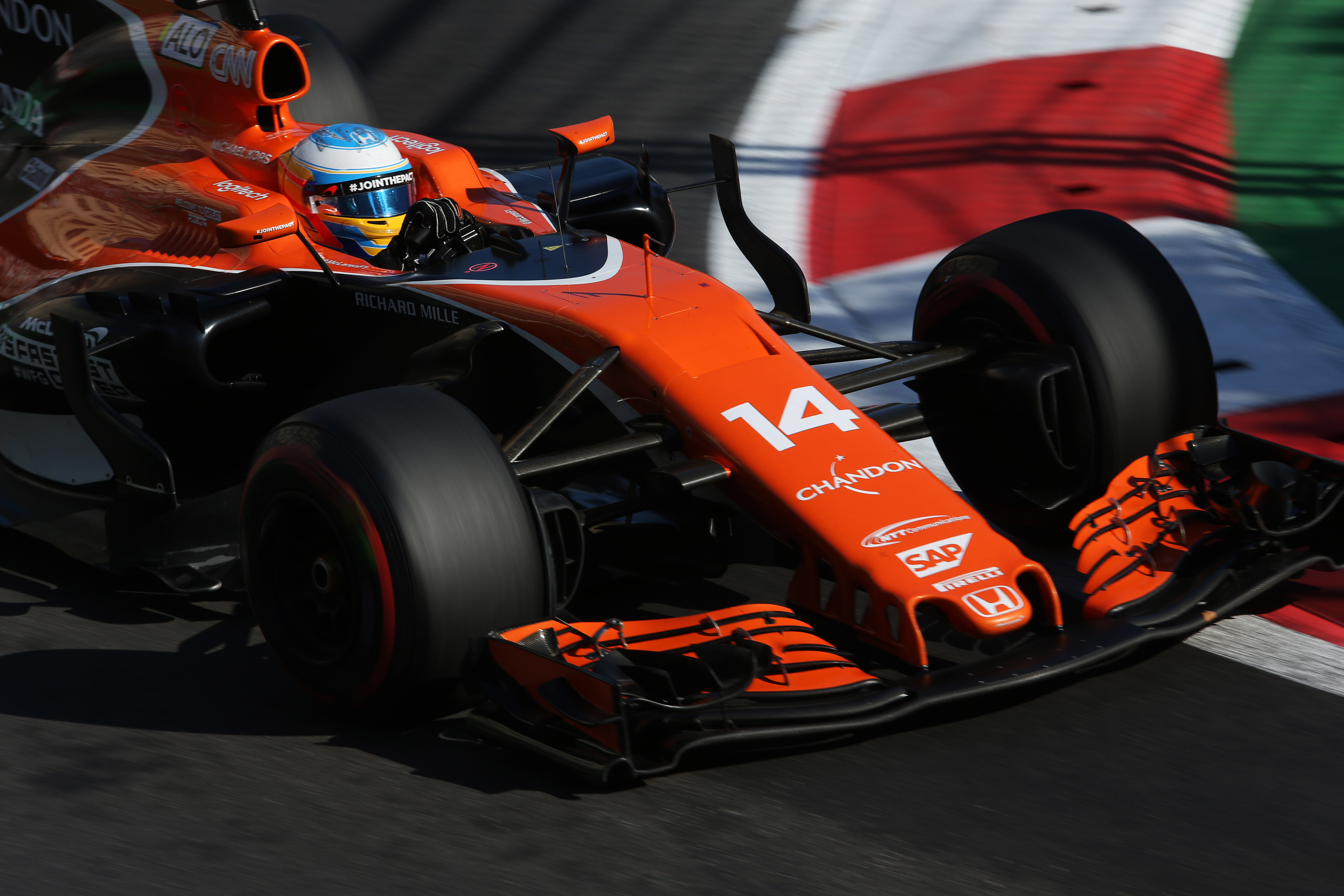 While the last race weekend on the Hungarian GP showed us again, why Fernando Alonso is still one of the best drivers on the grid, the Spaniard turned 36. A good reason for me  to look at the driver and show what makes him so special.

I won’t lie: Fernando Alonso is my favourite F1 driver, and maybe some of the things that I’m about to say are not from a neutral point of view.

But the fact that he is my favourite driver was not always true. I didn’t cheer for him in his championship years, because i didn’t watch F1 (unfortunately) back in those days. So i will start with the time when I started watching F1, and this was at the middle of 2009.

As a Ferrari fan back in the days of 2009 and 2010, a dream came true when the Spaniard joined the Prancing Horse.

I remember many people who didn’t like him back in this time. Even many Ferrari fans were very critical about the decision, to take Kimi Räikkönen out and let Alonso drive there.

But Fernando showed the Tifosi and the world very soon why Ferrari was right to catch him. With the first win on his first race for the Italian team he was was the new star. But I think, with his win in Monza, Italy, in front of all the Tifosi, every Ferrari fan back then starting to cheering for him. He was the new star after Michael Schumacher and until today one of the most popular Ferrari drivers of all time.

I don’t want to rewrite the whole Ferrari story, because we all know how it’s gone back in then.

But i want to write something about 2012. For me the 2012 season was a very special one. I don’t know why, but what Alonso did then was magical. Let’s be real: the F2012 was a very poor car at the start of the season. But like today Fernando did  everything possible to keep the title hopes for him and Ferrari alive.

With the win from nowhere in the rain in Sepang he showed again his brilliant driving skills in difficult conditions. And after Ferrari starting to understand the car and improved it with an massive update at the in-season tests in Mugello before the Spanish GP, Alonso was always there.

Especially his magic win at the European Grand Prix in Valencia, in front of his home crowd, was just mind blowing. Sure, the win wouldn’t would have been a win without the failures of Vettel’s Red Bull or Grosjean’s Lotus. But whoever saw the race live will know that Alonso’s moves starting from eleventh were brilliant. Overtaking several cars at the start, he moved his way through the field. The win at the end was just amazing and—for me—with Kimi Räikkönen and Michael Schumacher on the podium, it was the best race ever.

Unfortunately in Hungary, exactly five years ago, Ferrari started to drop back in pace. At this time Alonso lead the Drivers’ Championship by forty points from Mark Webber. The second half of the season after the summer break was a nightmare for every Ferrari fan and fans of the Spanish driver. Two pointless races in Belgium and Japan and a dominant Red Bull/Vettel combination made it possible to turn Alonso’s points lead into nothing.

We all know the dramatic season final in Sao Paulo 2012: Vettel’s crash on the start, the hope for all the Tifosi and then the disappointment of losing another title within two years.

We also all know how Alonso and Ferrari fell apart in 2014. And we all know how much worse his partnership with McLaren and Honda went.

But nevertheless, Alonso always showed his skills and his talent, the same as since his first year in F1 with Minardi. The difference between Fernando and the other top drivers on the grid, is the simple fact that he has never had a really poor year coming from him.

He has always been competitive. With the V10 engines, with the V8 engines and now with the V6 engines; with Michelin, with Bridgestone and with Pirelli tyres. With a bad car or a good car; in an F1 car or on an IndyCar. On a dry or on a wet track. He always shows his skills, and no matter what happens he is always there.

And I think his last three years with McLaren-Honda showed much more of the “human” Alonso.  It reminds me how Michael Schumacher was getting much more popular in his Mercedes years, because he made the best of his situation back in the disappointing years.

And in the same way, Alonso has showed his patience in the last three years. I don’t know many people who don’t want to see him back on the top. When he came to the autograph session on my first live Grand Prix in Austria few weeks ago, the people went crazy—more than for any other driver.

For me it was a special moment to see my childhood idol next in front of me and it is still a little bit unreal. But that’s another story. 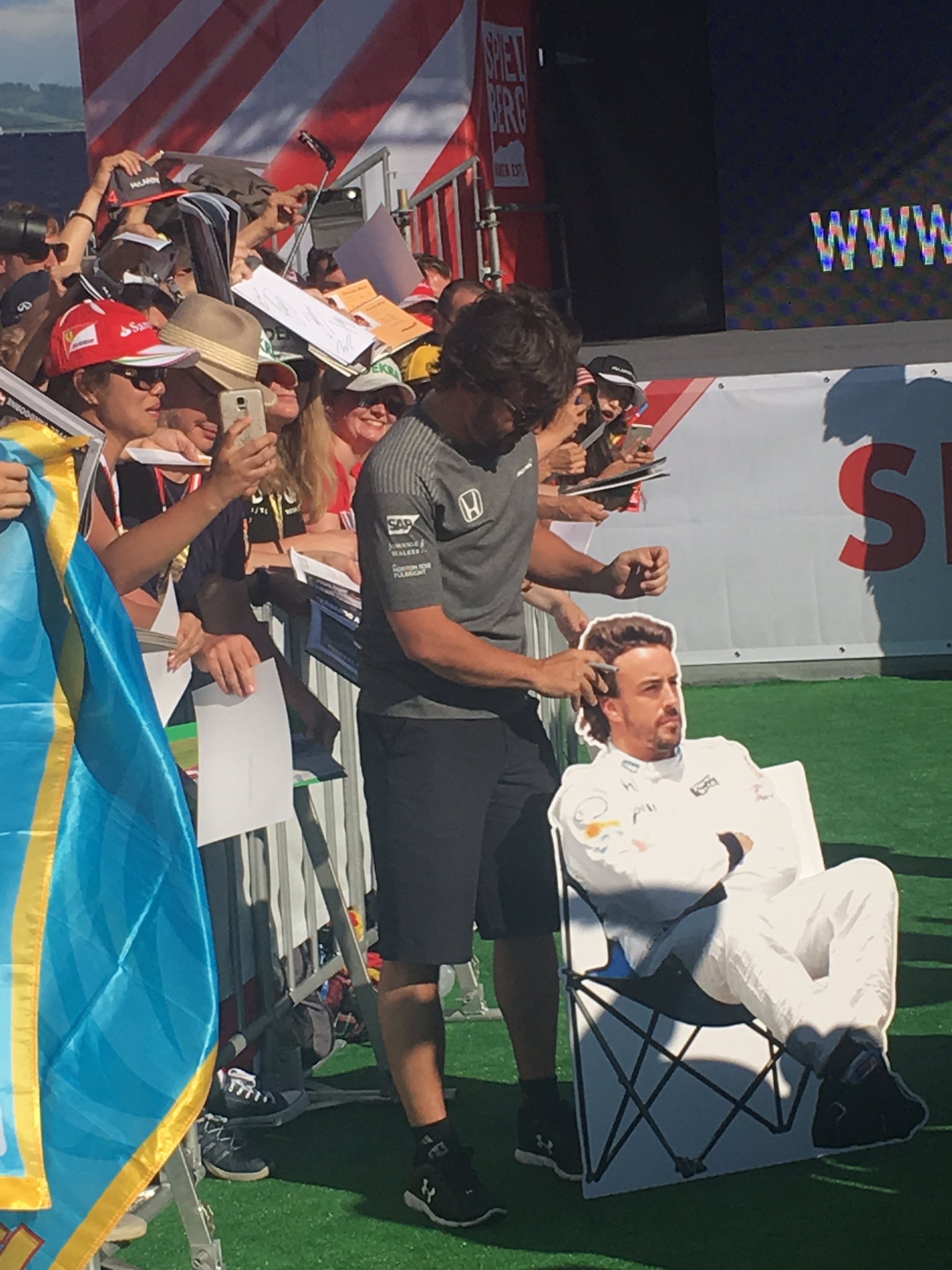 I’m more than certain that we will see Fernando Alonso at the top again someday. And I’m also sure that he will stay in Formula 1, fighting like a Samurai who will never surrender. As he said few months ago: he will not turn away from the F1 stage, without being competitive again.