Prague, Czech Republic: Predator’s Michal Smidl can’t be stopped as he wins seven from seven at Bahrain International Circuit. The result means Smidl has not only won all seven races this year, but also has qualified on pole position in all seven races, too. Stefanko and Dolezal completed the podium in one of this season’s most craziest of races. 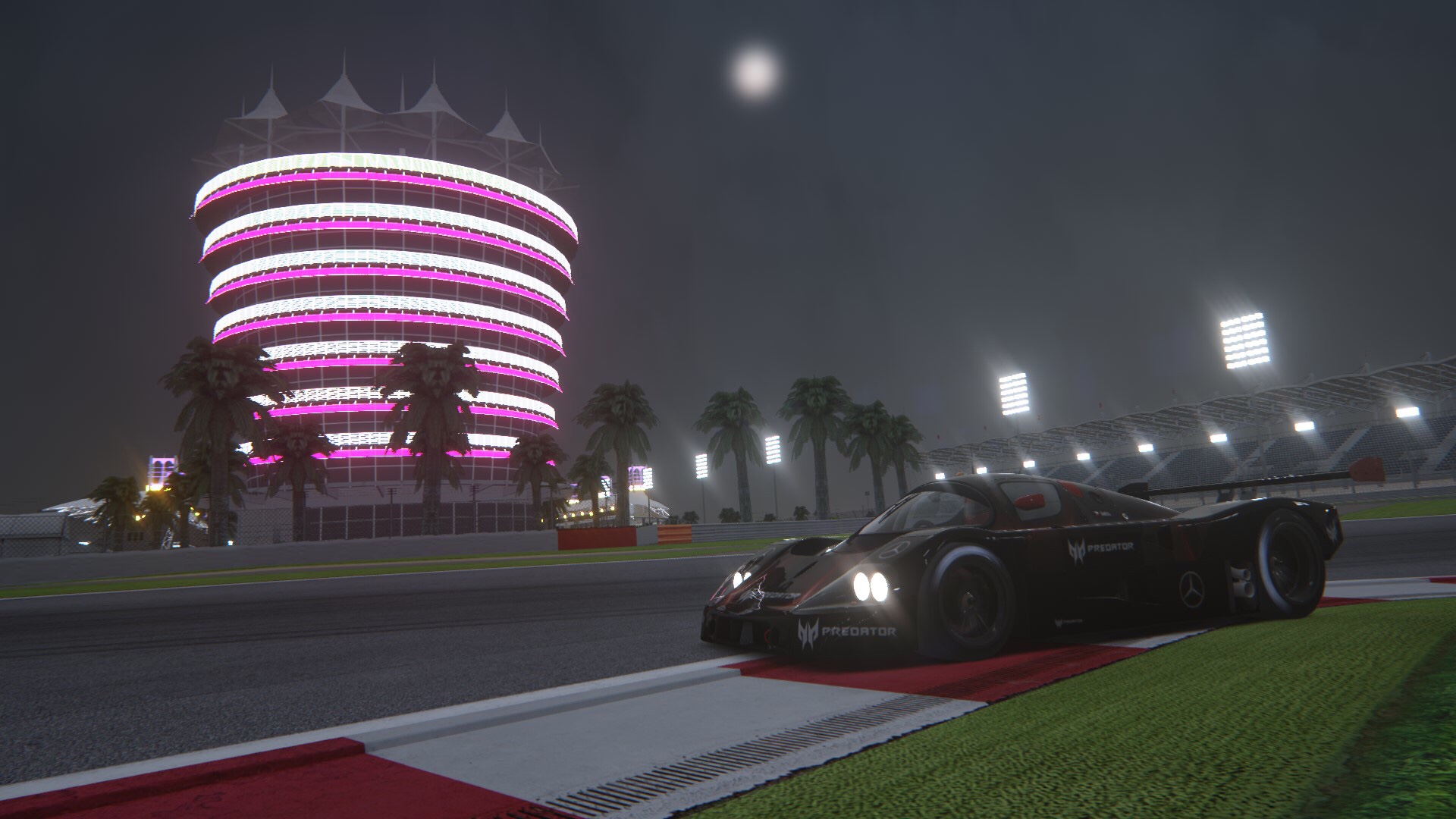 Dolezal gave qualifying a good go setting a 1:49:833, but it was Smidl that once again took pole position having set a lap only 0.082 seconds quicker than the SECCO+ driver. Stefanko and Blazek qualified third and fourth, with Sykora slotting into fifth. Despite penalties, Polesny and Chlebec are sixth and seventh. Zoubek is eighth, whilst Honizk and Prochazka round out the top ten. Lukas and Kostialik complete the back row.

For round seven of the 2018 Virtual GP Championship we return to Sakhir, Bahrain. Designed by Hermann Tilke, the Formula One purpose-built circuit was constructed in 2004 just in time for its initial Grand Prix. Since then it has hosted various series’ from GP2 (F2) to GT to Speedcar. 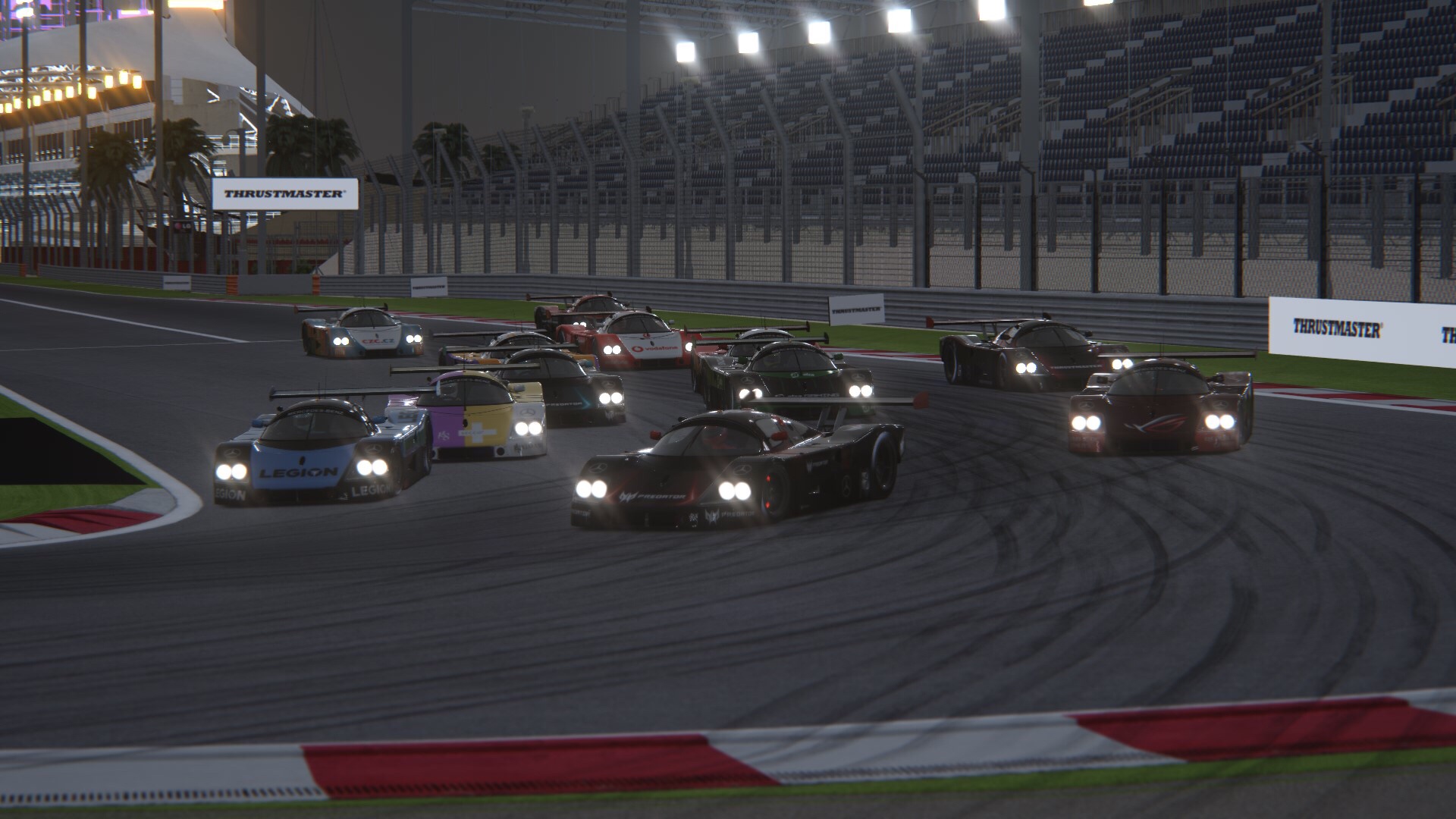 At the green flag, the leading four fought side-by-side on the run down to the first corner. With Blazek darting up the inside and Stefanko running around the outside, Dolezal was demoted from second to fourth. But as turn four came into sight, Dolezal slotted his SECCO+ on the inside and took back third place from Stefanko.

Turn 11 was next to cause havoc, with Sykora darting to the outside to avoid hitting the rear of Zoubek. The Avast pilot was defending off Chlebec who had previously had an off-track slip up. With the rear kicking out, Zoubek skidded through the corner and lost a handful of places in the process; as did Sykora, who as aforementioned ran around the outside of the corner, but ultimately ended up ploughing through the gravel.

Behind Smidl, a form of cars begun to form behind Blazek in second place with Dolezal and Stefanko looking for a way passed. With Chlebec and Honzik catching the trio, it was crucial for some early overtakes. With three cars abreast running through turns two and three, Dolezal was the one to make a move stick to promote himself into second place. Behind this trio, Honzik got passed Chlebec for fifth. 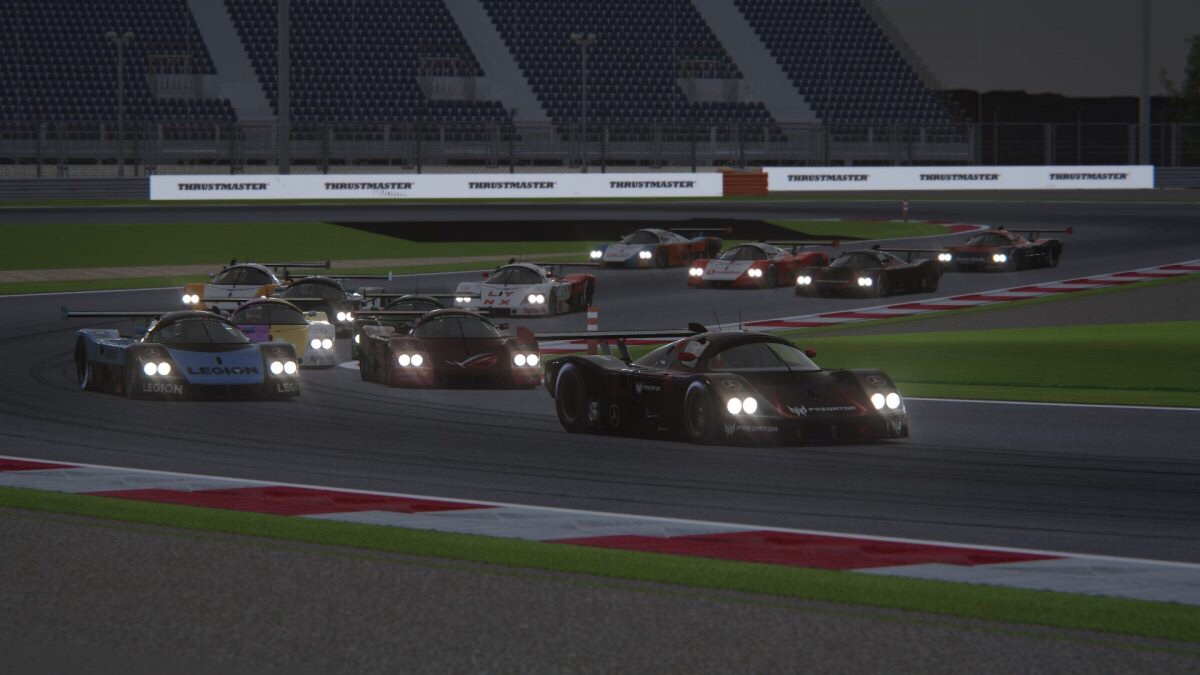 A good run out of the final corner allowed Stefanko to tuck in behind Blazek and glide passed the Lenovo Legion driver on the run down to the first corner. As drivers started diving into the pits to make their tyre changes, a slow stop for Dolezal allowed Stefanko to move up to second.

With the race falling heading into the final quarter, the battle for fourth between Blazek, Honzik and Chlebec ignited. Having two and sometimes three-car wide tussles for position, it was Chlebec who came out on top with the remaining two running wide and into the path of Zoubek. The trio of Honzik, Zoubek and Blazek all came together at turn ten with all drivers fortunately able to continue.

A mistake from Blazek meant that Honzik could tuck in behind and after a good run out of the final corner, the two went side by side down the main straight. Shortly behind lurked Polesny, who was one of two drivers on the soft tyre. After a few failed lunges on the main straight, it got much worse for Honzik, who by trying to sneak fifth place had lost a place to Polesny after running wide at turn one.

On the penultimate lap, the mentioned trio were back at it again, scrapping for fifth place. With Polesny ahead of Blazek on the main straight, the Predator driver ran slightly wide around the outside of turn one allowing Blazek to fight back. Despite holding the inside line of turn two, Polesny ran slightly wide once again for Blazek to draw alongside; but as the duo raced wheel-to-wheel through the turns five, six and seven complex, Polesny remained ahead. But last lap chaos caused Polesny to run wide allowing Blazek and Honzik to move up a place. 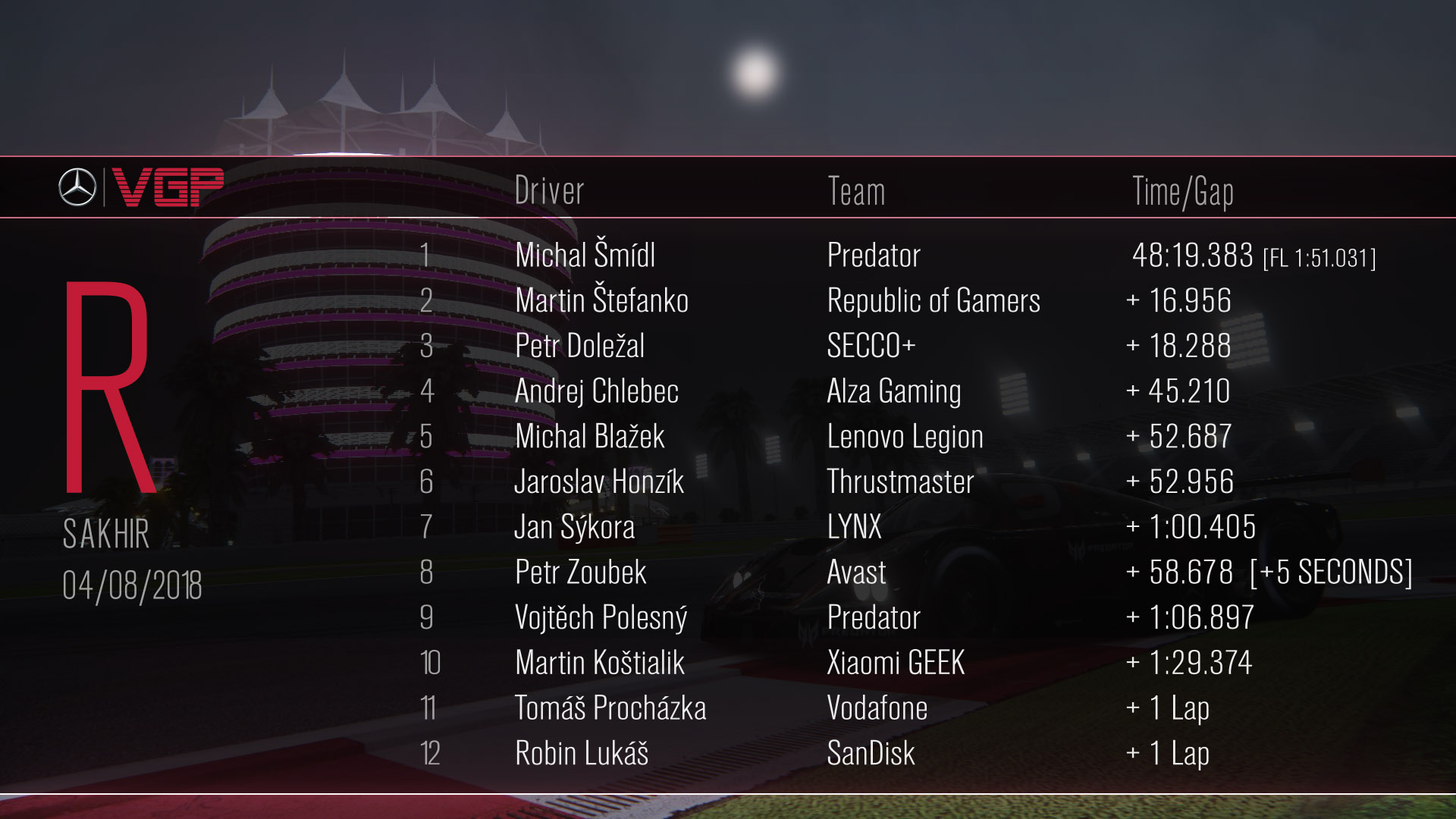 At the flag it was Smidl who took his seventh win of the season ahead of Stefanko and Dolezal. After some early madness, Chlebec was fourth, with Blazek an Honzik ending up in fifth and sixth. Sykora and Zoubek were seventh and eighth, while Polesny – who seemingly ran out of fuel at the very end – could only manage ninth. Kostialik, Prochazka and Lukas complete the order.

Don’t forget to vote for your driver of the day and to follow us on our social media platforms. Join us next time when the Mercedes-Benz Virtual GP drivers face Austin!