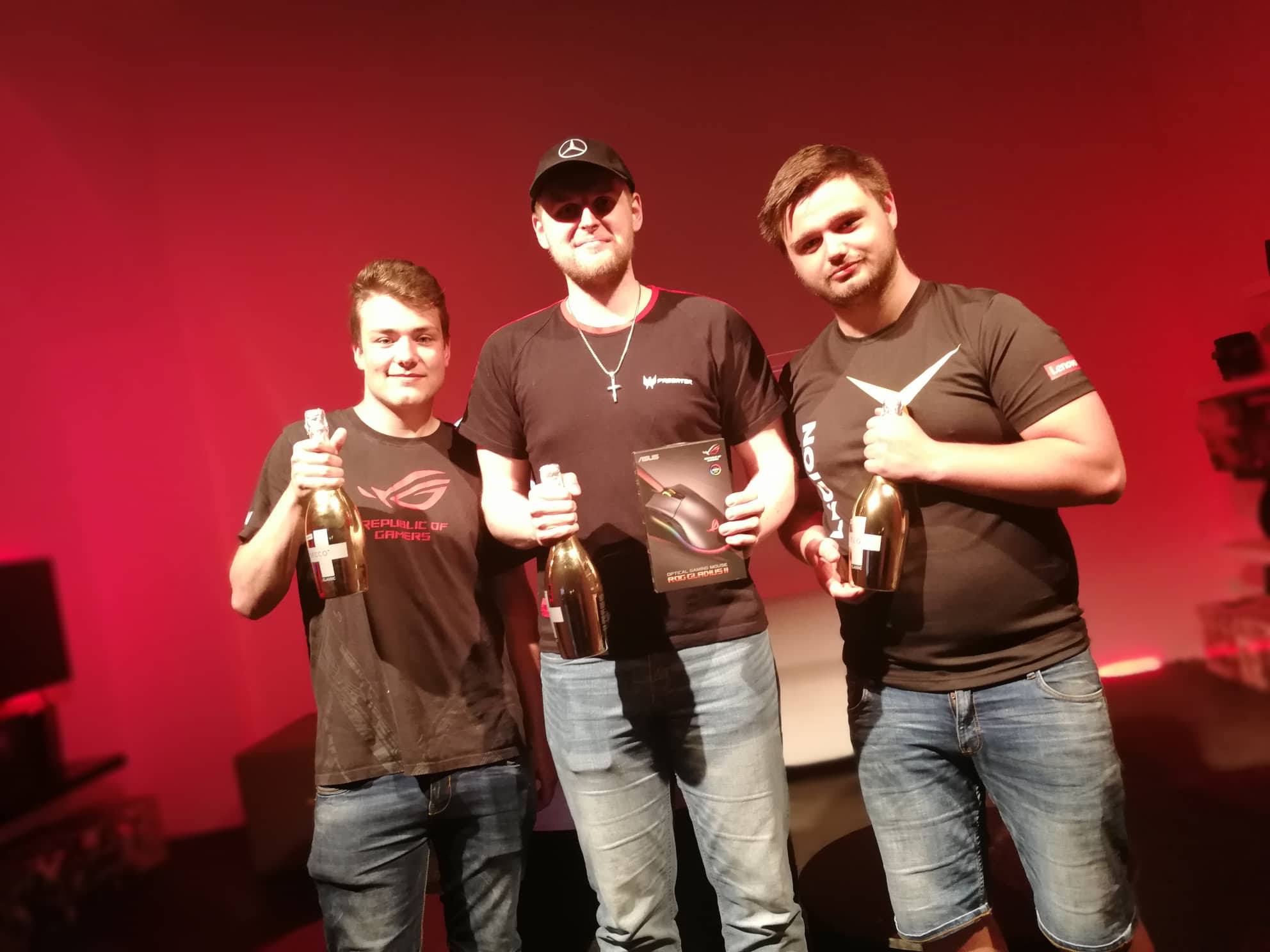 Prague, Czech Republic: The seemingly unstoppable Michal Smidl took his third consecutive win of the season. Finishing over twelve seconds ahead of the rest, the championship leader has scored 77 out of the possible 78 points.

Predator’s Smidl was on pole by just 0.002 seconds from Martin Stefanko in ROG. Michal Blazek lined up in third place alongside Petr Dolezal in fourth. Andrej Chlebec and Vojtech Polesny locked out the third row of the grid, while Jan Sykora and Martin Kostialik were behind. Jaroslav Honzik and Tomas Prochazka slotted into ninth and tenth with Petr Zoubek and Robin Lukas completing qualifying.

For the first time in its history, Virtual GP enters American soil. For the penultimate round of the GTs, the VGP grid face the legendary Laguna Seca in California, before it heads back to the States on 18 August, where the prototypes will take on Austin.

It was a clean start for leaders, with Blazek moving up to second. However, towards the back of the field the spinning LYNX car of Sykora shook up the order.

With the pack close together, contact was inevitable and as Chlebec ran wide, Lukas and Dolezal came together. The impact sent the SECCO+ driver way down the field and out of position.

The rear of the pack provided some of the best racing we have seen all season. Down in ninth place, Dolezal begun his charge back up the order by bumping passed Zoubek for eighth.

Swinging through turns one, two and three, Sykora and Lukas battled side-by-side at the back of the field. Sykora, trying to recover from his earlier spin, threw one up the inside of the corkscrew, and despite the initial contact the VGP veteran came out ahead.

At the front, Smidl had already pulled away with a comfortable gap. Blazek in second place, however, was heavily defending off last years’ champion, Stefanko. Lap after lap, Stefanko tried to throw his ROG around the inside and then the outside of turn one to get passed. Chlebec in fourth was catching.

Having got passed a few at the back, Dolezal was coming back through the order and as Kostialik ran wide, Dolezal moved up to seventh.

With Chlebec now on the back of Stefanko and Polesny joining the train of cars for the second, the pressure was on Blazek. And in the background, Dolezal swooped passed Honzik for sixth, meaning the LYNX driver could now catch up to the frontrunners.

As the clock counted down to the final minutes, Blazek ran wide at the entry of the corkscrew allowing Stefanko to finally get passed. Chlebec was right on his tail but ultimately unable to capitalise on the mistake.

Under pressure, Chlebec threw his Alza Gaming car up the inside of the final corner, but Blazek was wise to the move and retained third place. Disaster struck for Chlebec as a mistake running wide at the corkscrew let through Polesny for fifth; and Dolezal’s last lap charge allowed the SECCO+ to catch up and glide passed, dropping Chlebec from fourth to sixth.

Smidl wins by twelve seconds securing 77 out of a possible 78 points. Stefanko secures his first podium of the season, while Blazek completes the top three. Polesny finishes in fourth, while Dolezal ends up in fifth. Chlebec crossed the line in sixth with Honzik in seventh. Kostialik, Zoubek and Sykora round out the top ten; Prochazka and Lukas complete the order. 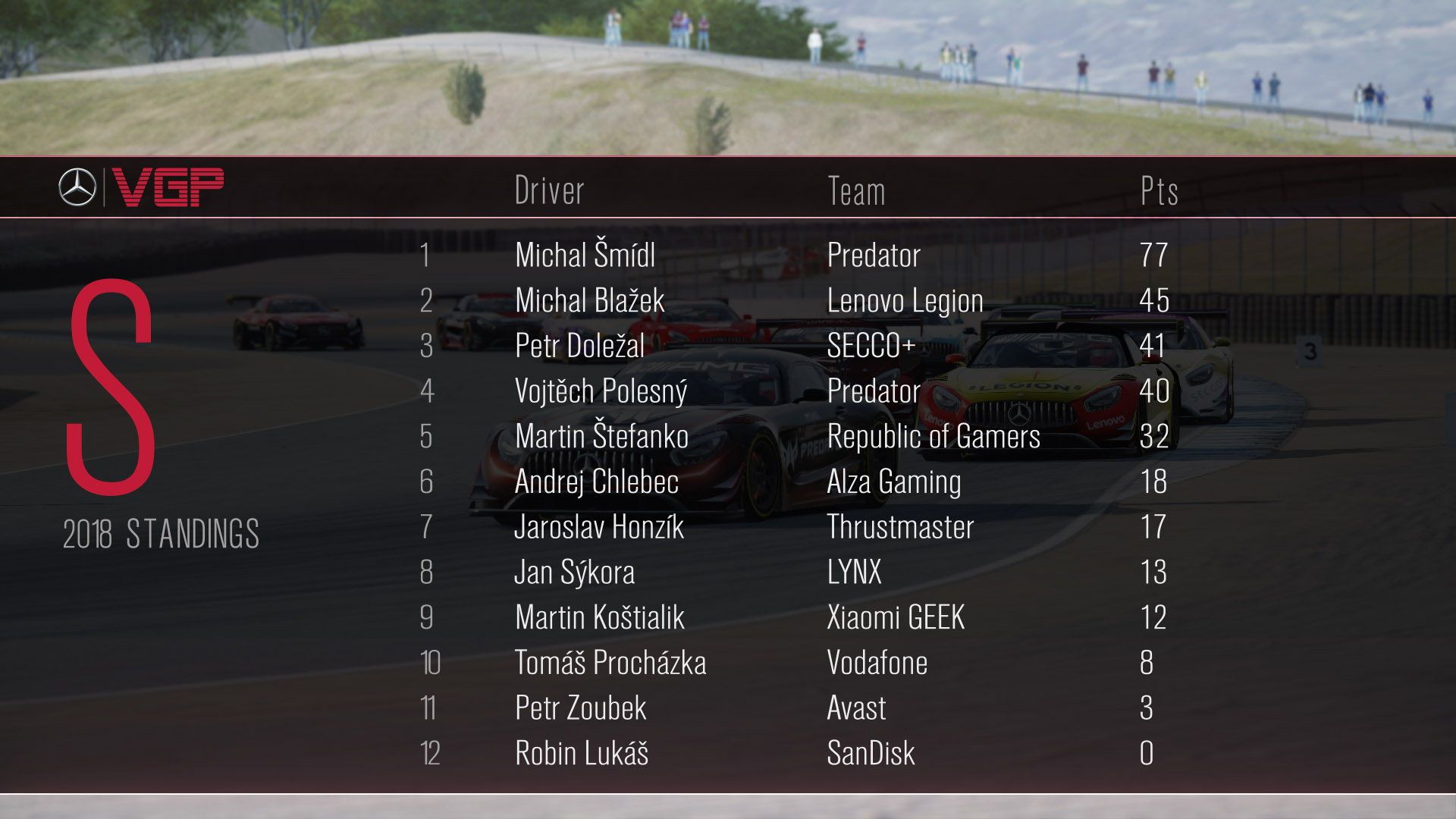